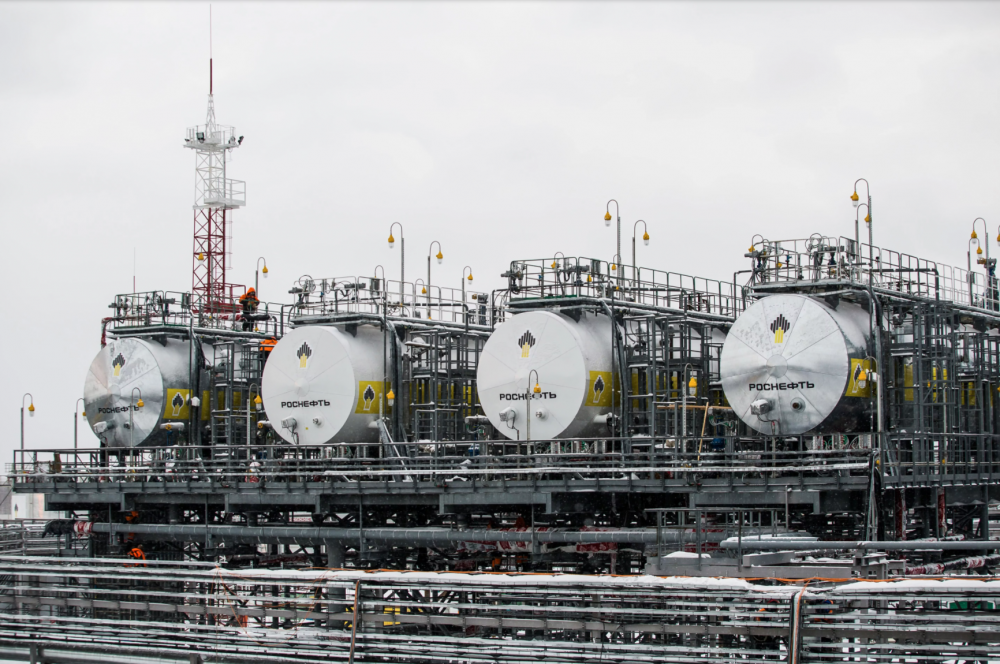 Oil production at the Danilovsky license area in Katangsky district of the Irkutsk region. Photo: Rosneft

In November, the Norwegian oil giant announced big ambitions to become a net-zero energy company. Now, it acquires a stake in oil-fields with higher carbon footprints than average in the portfolio. A risky investment, says an expert.
Read in Russian | Читать по-русски
By

“The stake in the North Danilovskoye development seems to be at odds with the strategy to reduce its carbon footprint,” says Aage Borchgrevink, author of a book about the Norwegian oil giant’s history.

Equinor on Friday announced it had acquired a 49% stake in Krasnoyarsk Geological Research and Analytical Centre (KrasGeoNaC), which holds twelve exploration and production licenses in the Irkutsk region deep into the Siberian taiga forest in eastern Russia.

Interfax has previously reported about Rosneft being allowed by the Russian government to transfer four licenses to KrasGeoNaC under joint control by Rosneft and Equinor.

As part of the agreement, Equinor says it has redirected its remaining exploration commitments offshore in the Sea of Okhotsk. With the move, Equinor is no longer active on the Russian continental shelf.

The twelve licenses in Siberia, though, will produce oil with a higher carbon footprint than average in Equinor’s global portfolio, newspaper Dagens Næringsliv reports.

The Siberian buy, faraway from Norway, is a step in opposite direction of the green strategy Equinor’s new CEO, Anders Opedal, loudly announced on his first day in the position as cheif last month.

“Equinor is committed to being a leader in the energy transition. It is a sound business strategy to ensure long-term competitiveness during a period of profound changes in the energy systems as society moves towards net-zero,” Opedal said.

The North Danilovskoye oil and gas condensate field is first stage in development of an oil-producing cluster which resulted from the discovery of four fields within the Danilovsky, Preobrazbensky and Verkhnechkosnkoye license areas.

A 73 km long road is being built across the wilderness and a pumping station is established in the area. Several of the fields in the Katangsky district in Irkutsk region will share much of the ground infrastructure.

Facilities, buildings as well as the pipeline are equipped with special systems for thermal stabilization of the ground which prevents the ground from thawing. Climate changes cause serious challenges for anyone operating on the Siberia tundra nowadays.

Equinor highlights its work with Rosneft to cooperate on health, safety and sustainability.

Aage Borchgrevink believes the main reason why Equinor now moves out of offshore in the Far East is a wish to switch from exploration to production.

“After 30 years’ work, Equinor has still almost zero production in Russia,” he says. “To switch from exploration to production licenses will at minimum have the benefit of boosting Equinox’s international production.”

He says billions have been invested abroad, and “the return has mostly been dismal.”

Aage Borchgrevink warns about serious risks with investments into assets in cooperation with Rosneft.

“Rosneft is based on stolen assets from the Yukos heist in 2004,” he says and points to the fact that Rosneft is “an arm of the Russian government.”

“Given the unpredictability of Russia as the succession after Putin approaches, cooperating with Rosneft as a junior partner is, of course, risky,” he says.

He believes a long-term strategy for Equinor is the offshore licenses belonging to Rosneft in the northeastern part of the Barents Sea, rather than onshore projects in Siberia or southern Russia.

“Offshore cooperation in Arctic waters closer to Norway, and markets, would seem logical for the two companies.”

Last year, the two oil majors agreed to develop another onshore field in western Siberia, the North-Komsomolskoye, estimated to hold 250 million barrels of oil and 23 billion cubic meters of gas.

For now, Equinor can’t cooperate on any joint oil projects with Rosneft in the Barents Sea. Western sanctions ban a Norwegian company from assisting any Russian oil companies in exploring any Arctic offshore oil.

The sanctions were imposed in 2014 because of Moscow’s annexation of Crimea and role in the East Ukrainian war.