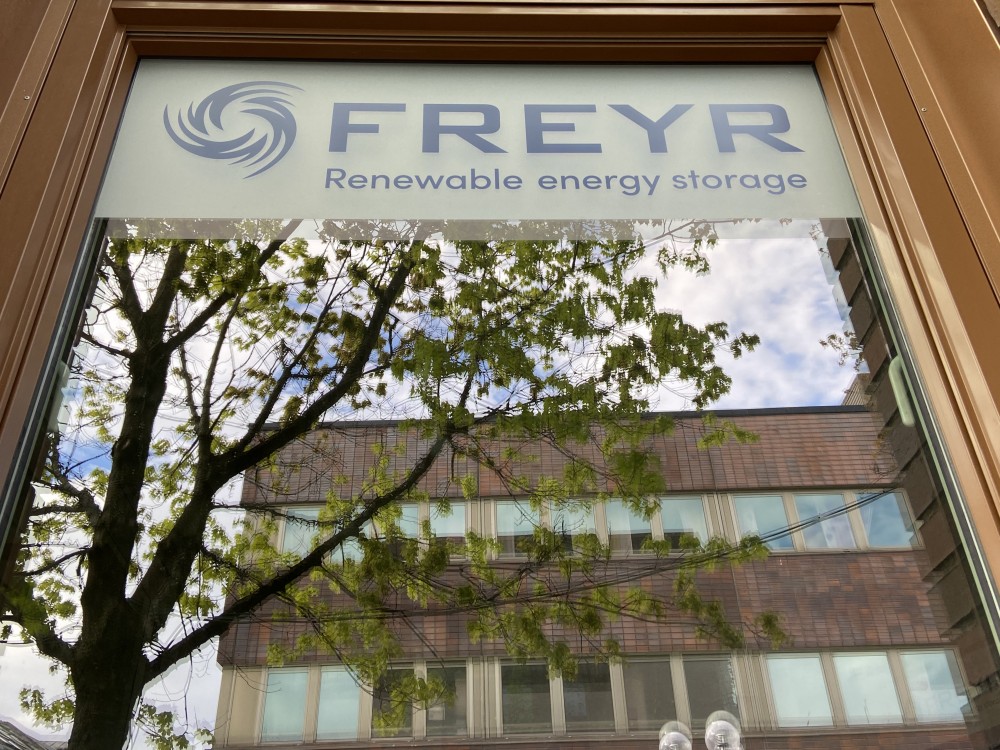 FREYR Battery is expected to receive $850 million, enabling the company to build a giant 43 GWh battery cell production just under the Arctic Circle by 2025.
Read in Russian | Читать по-русски
By

The Norwegian-based company aims at becoming one of Europe’s largest battery cell suppliers. On Friday, FREYR Battery announced it had entered into a business agreement with Alussa Energy Acquisition Corporation, a blank check company with executives with backgrounds from the oil and gas industry.

The new-starter will be listed on the New York Stock Exchange in the second quarter of 2021.

A giant battery factory will be built in Mo i Rana, the largest industrial town in northern Norway.

Without revealing details about its technology, FREYR proclaims to be highly competitive with next-generation semi-solid battery cells.

Pointing to Norway’s renewable energy production, the company says its ambition is to become the battery cell producer with the lowest lifecycle carbon footprint in the world.

That, however, remains to be seen. Several other start-ups in Norway are already in pipe with similar ambitions. In northern Sweden, Northvolt giga-battery factory is expected to commence large-scale production later this year, with a plan to ramp up capacity to at least 32 GWh production by 2024.

Northvolt’s production will be powered by 100% renewables, like hydropower and wind-power from northern Sweden.

Production of batteries in Scandinavia has a big advantage with delivery distance to main markets in the European car industry being shorter as compared with competitors in Asia.

FREYR says its solutions will address the rapidly growing global markets for electric vehicles, energy storage, and marine applications, representing an estimated addressable market of about 5,000 GWh per year by 2030.

Torstein Dale Sjøtveit, Founder of FREYR, is pleased with the new partnership.

“The capital raise and NYSE listing add further momentum to our progress and positions us as a catalyst for European battery cell production and the Nordic battery ecosystem.  We see this transaction as a strong confirmation of FREYR’s growth potential enabled by cutting-edge technology and access to clean renewable energy,” Dale Sjøtveit said.

Mo i Rana has from before one of the largest industrial parks in Norway, developed after the shut-down of the state-owned iron and steel production in the late 1980s. The surrounding region has some of the largest hydro-power plants in Europe, and plans exist for new wind parks to provide additional electricity.

A European Commission strategic action plan for battery production estimates that Europe could capture a battery market of up to €250 billion a year from 2025 onwards.

Electrification of the transport sector is highlighted as key to solve the climate crisis. Carmakers are rapidly switching production from fossil fuel to battery-powered vehicles.

General Motors on Thursday said it will stop making gasoline-powered cars, vans and sport utility vehicles by 2035. Norway has a goal that all new-sold cars should be zero-emission by 2025.

Today, there are some 5 million battery and hybrid-powered vehicles globally, a number the International Energy Agency projects will raise to 140 million by 2030.