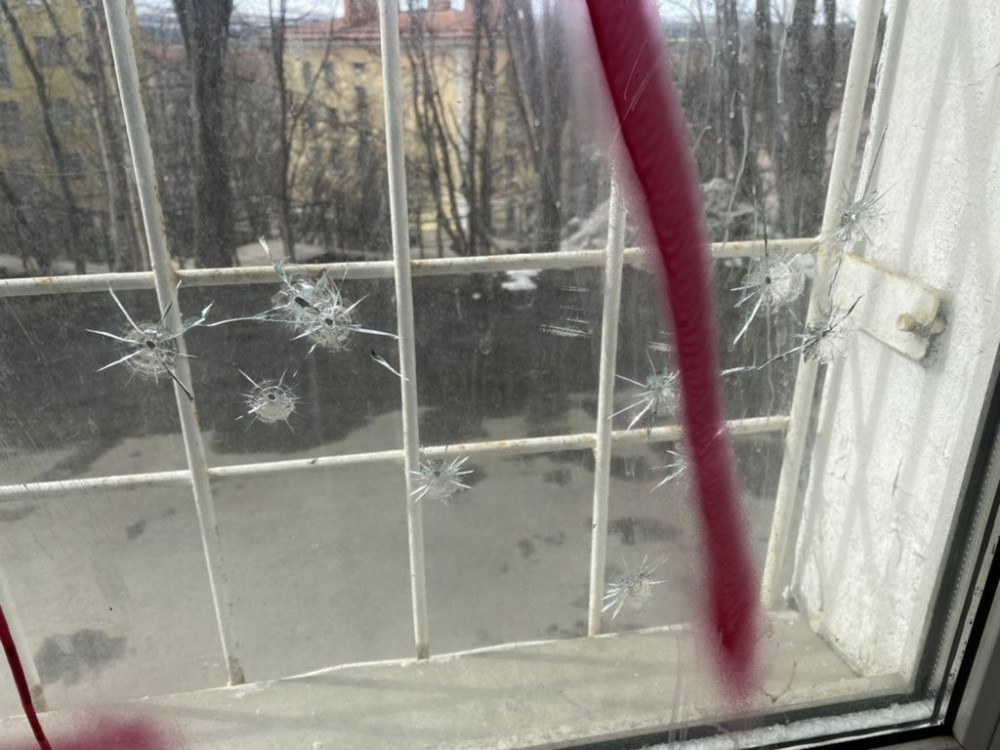 Bullet holes in the window after someone shot with a gun against the office of opposition leader Violetta Grudina. Photo: twitter.com/vilya1518

It is not a lawless cowboy town, nor gangster city, but the north Russian region of Murmansk.

Violetta Grudina has become accustomed to rough police crackdown, and the young opposition politician has experienced numerous cases of harassment and detention.

The cases have become more frequent after Grudina announced her candidacy in the upcoming city council election, and following the Russian General Prosecutor’s announcement that Aleksei Navalny’s Anti-Corruption Fund and regional offices will be declared extremist organizations.

Grudina was instrumental in the opening of the regional Navalny office in Murmansk in 2017.

This week, the attacks mounted with a break-in in her office and desecration office walls, furniture and equipment. At the same time, someone shot with a gun against the workplace, and there are now bullet holes in the window, Grudina shows in a tweet.

The incident came after someone had put a shooting target on her postbox and desecrated her office with swastikas.

And the troubles seem not to stop anytime soon.

As investigators arrived to the office to look into the shooting, officers detained Grudina and took her with them to the police station. She was subsequently given a major fine for her participation in a recent street rally.