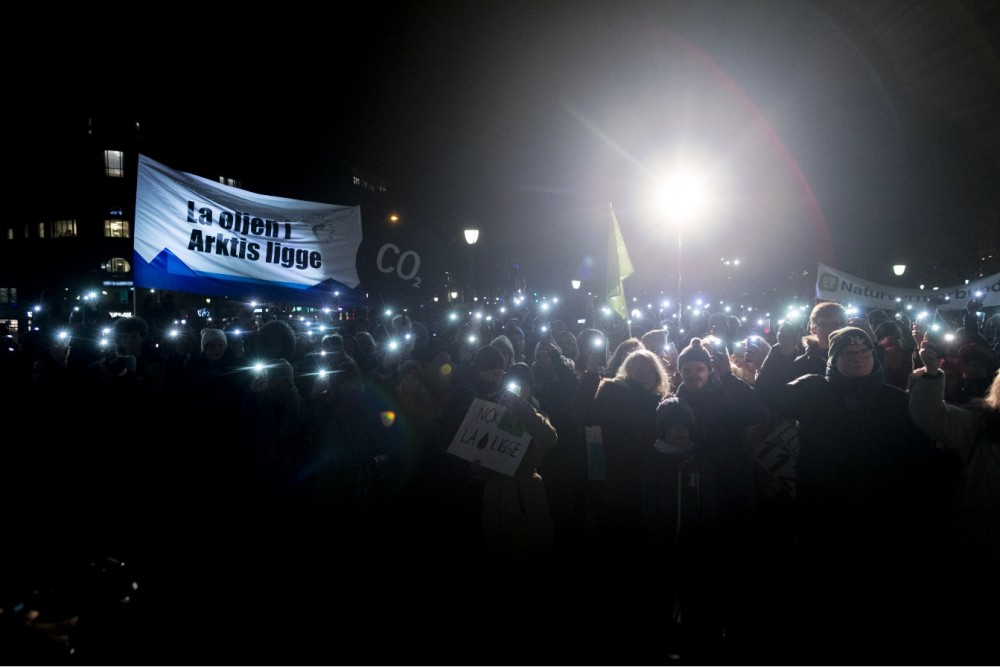 A group of young climate activists are taking their case against Norway's oil drilling in the Arctic to the European Court of Human Rights.
Read in Russian | Читать по-русски
By

Norway is operating in breach of fundamental human rights when it allows new oil drilling amidst the climate crisis, the activists say in a joint statement.

Six activists supported by Greenpeace Norway, Friends of the Earth Norway and Nature and Youth have now filed a historical case against the Norwegian state.

The case is titled “the People vs. Arctic Oil“ and was filed at the ECHR on the 15th June.

“We have to take action now to limit irreversible damage to our climate and ecosystems to ensure livelihoods for the coming generations,” says Hætta Isaksen.

According to Lasse Eriksen Bjørn, the allowance of new oil drilling in vulnerable areas in the Barents Sea is a violation of Articles 2 and 8 in the European Convention on Human Rights.

“As a young person from the Sea Sámi culture, I fear the impact that climate change will have on my people’s way of life. The Sámi culture is closely related to the use of nature, and fisheries are essential. For our culture to continue without the traditional harvesting of the oceans would be impossible. A threat to our oceans is a threat to our people,” he underlines.

The case is filed at the European Court of Human Rights after Greenpeace Norway and Friends of the Earth Norway lost the case in the Norwegian Supreme Court.

All the 19 judges in the Supreme Court assembled when the case was handled in December 2020. In addition to Greenpeace and Friends of the Earth, also Nature and Youth and Grandparents Climate Campaign were part of the lawsuit.

The verdict triggered anger among the organisations.

“We are outraged with this judgment, which leaves youth and future generations without Constitutional protection. The Supreme Court chooses loyalty to Norwegian oil over our rights to a livable future, Therese Hugstmyr Woie, head of Young Friends of the Earth Norway, said in a statement.

The organisations already in 2016 sued the Norwegian state for the opening new far northern drilling acreage as part of its 23rd license round.

The environmentalists pointed to Article 112 in the Norwegian Constitution which states that “every person has the right to an environment that is conducive to health and to a natural environment whose productivity and diversity are maintained.”

The organisations underline that the Norwegian government has faced severe criticism from the UN and that is met with massive international protests for its exploration for more oil. The country recently lost its spot on the UN Human Development ranking due to its large carbon footprint from the oil industry that threatens people’s quality of life.

Government held back information about Norwegian oil along border to Russia