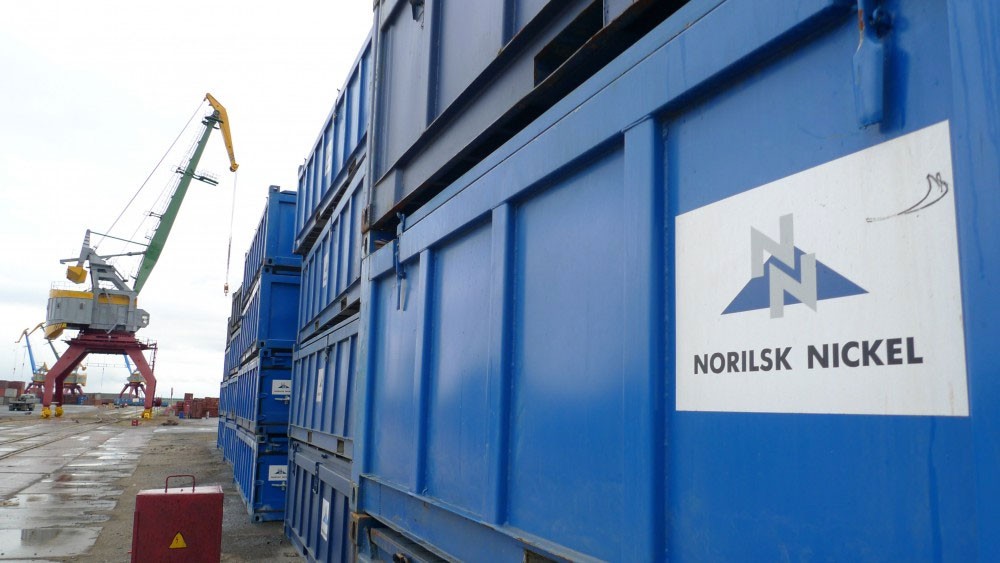 The company intends to build several icebreakers and invest 26 billion rubles in its Dudinka seaport.
Read in Russian | Читать по-русски
By

The world’s leading producer of nickel aims for a boost in deliveries from its far northern mines and metallurgy plants and now plans a major upgrade of its regional infrastructure.

The plans include the building of at least one LNG-powered icebreaker, as well as a fleet of new icebreaking vessels for seaport operations. In addition, Nornickel will take part in the development of a new nuclear-powered icebreaker, the company informs.

The mining and metallurgy giant will also invest heavily in infrastructure in Dudinka, the seaport on the Yenisey River that serves the industry facilities in Taymyr. According to TASS, up to 26 billions rubles (€300 million) will over the next years be spent on a comprehensive facelift that includes a full modernization of the seaport cranes.

Key partner in the infrastructure upgrade is state nuclear power company Rosatom. The two companies in late July signed a deal that outlines an exchange of services and joint development of new ships.

According to the agreement, the parts are to assess the possible joint construction of a nuclear-powered icebreaker that can replace the aging vessels Taymyr and Vaygach, and also jointly build the seaport icebreakers that can replace Nornickel’s current capacities.

The new LNG-powered icebreaker developed by Nornickel is to be operated by Rosatom. And a 15-year deal on escort services from Rosatom’s new LK60 icebreaker (Project 22220) is envisaged.

“Our new and ambitious project on the modernization of production, improvement of the environmental situation and renovation of [the city of] Norilsk, requires not only large-scale investments but also reliable infrastructure, including in the field of transportation,” says Nornickel Vice-President Sergei Dubovitsky.

The cooperation with Rosatom will positively affect the Russian state program on the development of the Arctic, Dubovitsky argues.

According to the company leader, the new icebreakers are direly needed. The expansion and modernization of the icebreaking fleet is “a critical and urgent task,” he told Kommersant.

Nornickel is not the only private company now engaged in development of new icebreakers. Also natural gas company Novatek is in the process of planning construction of LNG-powered icebreakers. The same applies for oil companies, as well as coal companies.

According to Vyacheslav Ruksha, leader of Rosatom’s Northern Sea Route Directorate, there is likely to be built four LNG-powered icebreakers by year 2030. Two of them will be funded by Novatek, one by Nornickel and one by an oil or coal company, he told Kommersant.