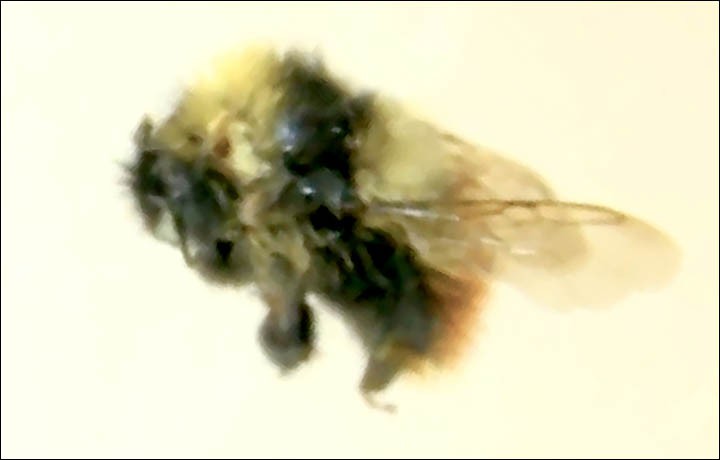 An endemic High Arctic bumblebee subspecies, Bombus glacialis, has been discovered by Arkhangelsk researchers on the Wrangel Island in the Arctic Ocean.
Read in Russian | Читать по-русски
By

The subspecies was initially believed to be solely associated with the Novaya Zemlya Archipelago in the Arkhangelsk Region. This had been reported on the website of the Russian Federal Research Center for the Comprehensive Study of the Arctic.

However, Mikhail Berezin, the Head of the Moscow Zoo’s Entomology Department, newly found the subspecies on Wrangel Island located over 3,600 kilometers away from the bumblebees believed natural habitat, Arctic.ru reports.

To figure out the oddity, Berezin handed over the bumblebee to biologists in Arkhangelsk for a series of gene profiling tests to be run. The results showed that the Wrangel bumblebee is slightly different from the Novaya Zemlya one, and thus unique to the Wrangel region.

According to scientist Grigory Potapov, the abdomen and chest of the newly discovered bumblebee subspecies is lighter in color than its Novaya Zemlya “relative”, Potapov told Lenta.

Berezin announced that “based on the results of genetic analysis, during which several nuclear and mitochondrial genes were deciphered, we came to the conclusion that the Wrangel bumblebee is a separate population of Bombus glacialis.”

The first reported sighting of the Bombus glacialis, or the Arctic bumblebee, was in 1902 in the Novaya Zemlya region. However, it was only in 2017 that the bumblebee’s genome was fully decoded by researchers.

It is believed that the way in which the bumblebee ended up on the continental Arctic shelf was through a previously existing, ancient natural bridge between Asia and North America called Beringia. Wrangel Island was part of the Beringia, which in ancient geological eras, when the Arctic shelf was not covered with water, different animal species used as a bridge to migrate from the Americas to the Arctic.

The Wrangel Island’s bumblebees build nests inside tunnels lemmings use as a dwelling. The insects are an important component of the diet of Arctic foxes and birds in the region.

However, researchers expect that the Arctic bumblebee can become extinct due to climate change and the active development of Arctic mineral deposits. The process of potentially listing the subspecies in the Red Data Book has already begun.