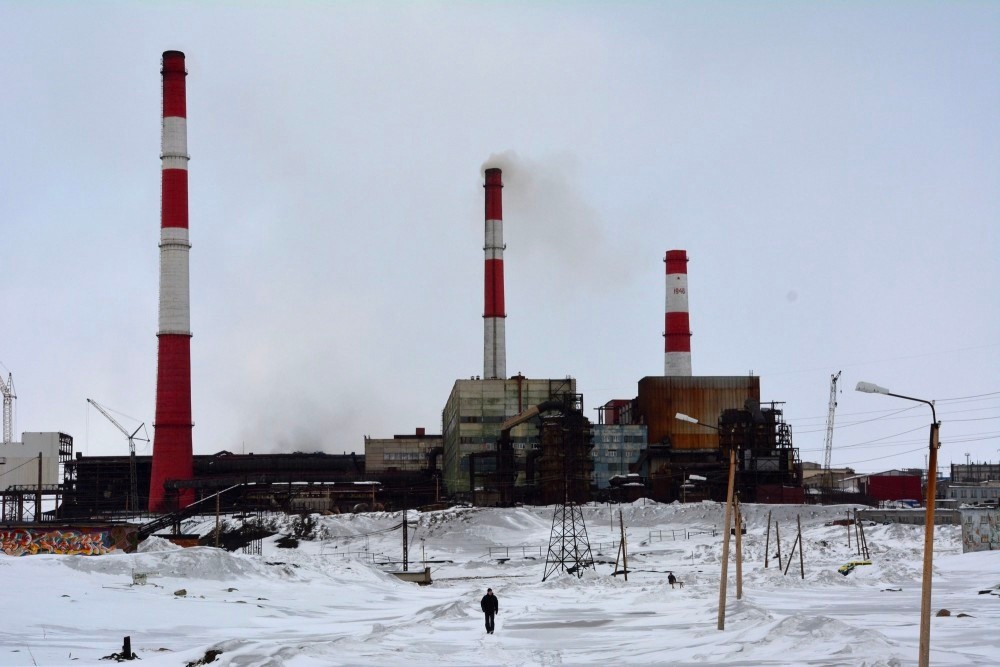 The smelter in Nikel was closed in December 2020. Photo: Atle Staalesen

Nikel and the void it left behind

Billions were invested into saving a dying village after Norilsk Nickel closed its smelting plant. A year later, the main projects are not working out and some of them have not even started yet

A metallurgical mini-plant, a plant for the production of abrasive materials, electric buses to Kirkenes, a hotel complex and a dairy farm are just some of the “restoration” projects that have not even earned a nickel in Nickel. Building these enterprises was promised to be a savior for this small settlement in the Murmansk region after the city-forming Norilsk Nickel closed up shop. There have been excuses from the officials and investors who claim the price of building materials have gone up and the capricious weather has done everything to sabotage plans. Meanwhile, the settlement, which is no longer considered  a core asset for the industrial giant, is quietly dying.

A month ago, Novaya Gazeta published a story about how the village of Nikel was getting along a year after the closure of the smelting plant. The lack of jobs and the terrible state of housing and communal services have many people leaving. And then there was the enormous amount of ecological damage to the region the plant had caused. The situation was, in a word, hopeless.

Surprisingly however, what we saw contrasted sharply with the optimism of government reports from PR specialists working for the regional governor. To them, any criticism or doubts were dismissed as rancor or part of some foreign political intrigue. To them, Nikel was one of their “success stories”.

Norilsk Nickel also responded quite optimistically to Novaya’s questions about the future of the settlement. The company was investing 10 billion rubles (€112 million) in a joint program with the regional government for the socio-economic development of Nikel and the surrounding Pechenga district. They sent a PowerPoint presentation with a list of initiatives that the company had been helping to implement since March 2021.

By the beginning of the new year however, when the interim results were summed up, it turned out that none of the main projects planned in the program had even started yet and many of the other projects were already closed forever.

Andrey Kuznetsov, head of the Pechenga Municipal District, admitted that “Only three of the eleven projects supported by Norilsk Nickel had been implemented.” At the same time, the official explained the failure was in poor planning. They had not taken property and land issues into account when they opened the bidding for the interest-free loans. This is to say that though grants were issued, there was nowhere to implement the projects.

“Land registration was seen as a purely bureaucratic formality but in the end, it turned out to be long and complicated. And while they were working out those issues, the cost of building materials jumped by half. But by then, the season had changed and with the short summer already gone, the cost of building in winter became more expensive as well. Actually, all of these risks were taken into account when we were evaluating the grant applications and financing was guaranteed by Norilsk Nickel through their autonomous non-profit organization, ANO “Vtoraya Shkola” (Second School). But many things went wrong.”

Igor Sukhotin, the head of Charitable Programs at Norilsk Nickel was also somewhat irritated about this. At an online meeting with officials and businesses, Sukhotin rather transparently hinted that “the success of implementation depends not only on the company but also on other players.”

Vice-Governor Olga Kuznetsova also has a PowerPoint slide titled “Complex projects”. According to her, they have suspended the construction of the plant to produce abrasive materials because… there are no sales markets. This plant was supposed to recycle the grandiose black slag heaps that are piled up at the entrance to the village. This is the environmentally damaging residue of Norilsk Nickel’s metallurgical production that they were kind enough to leave behind when they closed the doors to the smelting plant.

Of the 1.7 billion rubles (€19 million) that should have been invested in the resuscitation of the district last year, only 800 million, less than half, has been disbursed. The recycling plant is one of the key points of the program but the investors have refused to start building generally. The dairy farm “Kazaki na Severye” (Cossacks in the North), which seemed a dubious idea to those who are familiar with the complexities of polar animal husbandry, is now in a state of bankruptcy after the death of the owner. And Vitaly Matvienko, director of the eco-factory “Umnaya SREDA” (The Smart Environment), where they make benches from recycled plastic, guilelessly admitted at the meeting that their products were so innovative that they could not compete in the marketplace. It seems that consumers seem to prefer less expensive materials such as wood or metal for their benches.

So it turns out that the list of completed projects includes only a few food truck cafes, some new landscaping for a couple of public squares and the renovation of several buildings with a number of these renovations also being paid for with federal money.  These include renovations to ZATO offices (The administration that looks after closed/industrial communities) and housing/offices for military garrisons. These things are necessary of course but they do nothing to revive the village or stop the population from leaving.

Officials however still offer assurances. Their best idea is that because there is no longer any industry in Nikel and it is located on the border with Norway, it can now become a tourist center.

But even here, thank God, they missed the mark. The idea of building a port in the village of Liinakhamari was presented a year ago as the main way to save Nikel. The money was to come from Norilsk Nickel owner Vladimir Potanin. After the initial announcement though,  the obvious problem with the port project finally came to the regional officials. The military occupies the territory and they do not need any foreign cruise ships stopping over.

Undeterred, instead of blowing off the project, they moved it to the Rybachy and Sredny peninsulas and changed it from a port into a glamping complex for outdoor recreation with all amenities and full hotel service.

Murmansk regional governor Andrei Chibis then said on the air with mock naivete that no one was going to build a port in Liinakhamari.

“In my lifetime and during my entire time in office in the Murmansk region, we have never even considered this project with any degree of seriousness.”

Rybachy and Sredny, although also in the Pechenga district, are far from Nikel. The glamping guests will rarely go to the village and will not bring any revenue to village businesses. Meanwhile, the equipment of the tourist complex alone cost a total of 28 billion (€315 million). This is the figure indicated in the presentation given in Nikel by Vice-Governor Kuznetsova.

Valentina Tedeeva, a local entrepreneur and municipal deputy, talks about the serious rapid decline in the population and the accompanying decrease in revenue.

“The fact is that small businesses are leaving the district. They are closing right now even as we speak.” Her voice however is drowned out in the chorus of “restrained optimists”.

Meanwhile, the administration has suggested in social networks that there are two variants of the Pechenga district logo to choose from for the “brandbook” they are preparing. One of them depicts the mine shaft of the ultra-deep drill hole in Kola and there was an advertising campaign for the planned tourist attraction during New Years in Murmansk. The world’s deepest scientific drill hole however was mothballed 15 years ago and the equipment was long ago dismantled. Unfortunately,  the only unique thing remaining of the once world-famous project is a rusty metal plug in the ground.

This story is originally published in Russian by Novaya Gazeta. It is translated and republished by the Barents Observer as part of a news sharing arrangement.