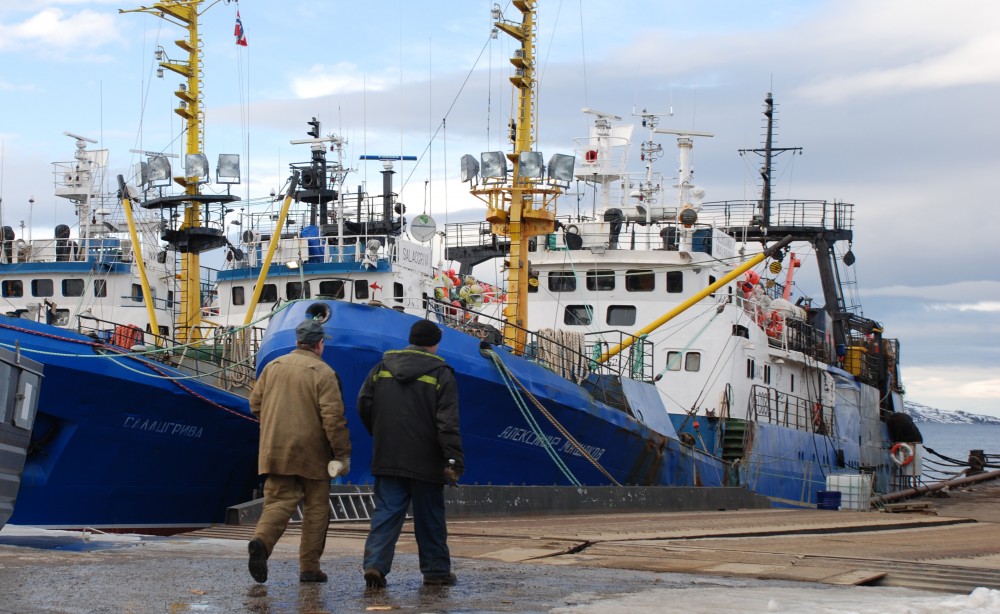 But fishing vessels will be allowed to continue as before.
Read in Russian | Читать по-русски
By

The Norwegian government on Friday announced that it will follow the European Union’s decision to close seaports and borders to Russian goods traffic.

The closure of the seaports takes effect on the 7th of May, while the border will close already on the 29th of April.

“We introduce the EU’s 5th package of sanctions, which means that [the border crossing] Storskog will be closed to goods traffic immediately,” Foreign Minister Anniken Huitfeldt told NRK.

The border crossing that connects the north Norwegian town of Kirkenes with the Russian Kola Peninsula has over the past weeks experiences a hike in truck traffic as EU sanctions have affected former cross-border routes.

Storskog is the only border crossing between Norway and Russia. It is normally not a busy checkpoint for heavy transports.

A major share of the people now crossing the border is sailors from Russian trawlers. They are believed to continue to travel.

According to the Minister of of Fisheries Bjørnar Skjæran, the upcoming closure of seaports will not affect the fishing industry. All Russian fishing vessels will still be able to visit Norwegian ports, unless they are owned by individuals that are subjected to sanctions, he told NRK.

Norway and Russia share big waters in the Barents Sea, and Russian ships are regularly making port calls in Norwegian towns either to land catch or do ship repair. The two countries have jointly managed the region’s rich cod stocks for more than 50 year, and cooperation is seen as crucial for the sustainable development of stocks.