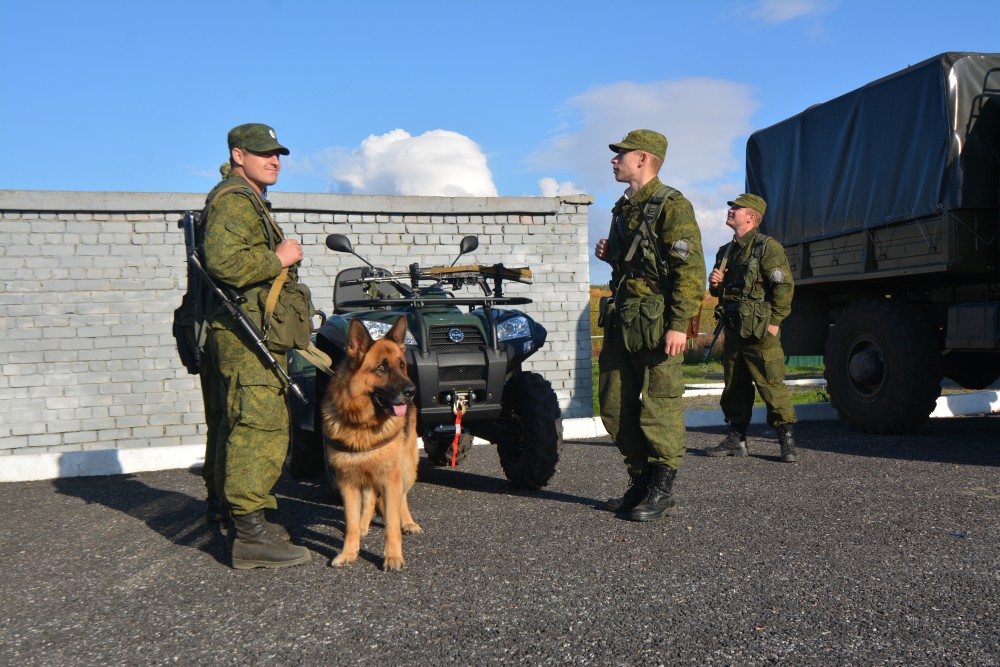 FSB Border Guards at the cantonment in Salmijärvi, a few kilometers from Russia's border with Norway. Photo: Thomas Nilsen

Crowds of young men fleeing from conscription are Tuesday morning heading towards Norway from Murmansk. Controls are intensified at Titovka checkpoint.
Read in Russian | Читать по-русски
By

More men have discovered the northern route out of Russia. Ticket prices on flights from Moscow and St. Petersburg to Murmansk have skyrocketed and minibus drivers holding a multiple entry visa to Norway have never before seen a higher willingness to pay whatever it cost for a seat across the border.

“Some paid up to €500 for a seat,” a driver frequently traveling between Murmansk and Kirkenes who wanted to stay anonymous, told the Barents Observer.

Both cars and mini-busses are shuttling to Norway. Normally, the drive from Murmansk takes four hours, but with current lineups at Titovka and the border checkpoint at Borisoglebsk, the journey lasts much longer.

A Schengen visa seems to be the “Golden Ticket” for those fleeing.

Meanwhile, at the railway station in Murmansk, Russian flags were waving and a military orchestra played farewell to newly conscripted men embarking a train to bring them to the battlefields in Ukraine.

There were about 90 men which boarded the train, local news online B-port reported.

And this is how Murmansk goes to war. With an orchestra… pic.twitter.com/DKLP4v3wau

Kremlin spokesperson Dmitry Peskov told reporters on Monday that no decision is taken on border closure following Putin’s call-up decree on September 21. Other media, however, reported Russia could close its borders for military-age men eligible for mobilisation as early as Wednesday.

Hotels in Kirkenes are all sold out to Russians waiting for available tickets on planes to Oslo and further to Europe.

Already by 7 am, crowds of men were waiting to have their documents checked and registered at Titovka, a checkpoint halfway between Murmansk and the border.

Police in Kirkenes reported Monday about more Russian men crossing the border. 403 persons entered Norway at Storskog checkpoint, while only 130 left, according to police in charge of passport control.

Similar reports are coming from the northern borders to Finland.

All of the military-age men that now are fleeing to Norway are holders of Schengen visas. The number of asylum seekers from Russia has not increased over the last few days, the Directorate of Immigration (UDI) informs.

“12 asylum seekers from Russia are registered in the period from September 21 to Sunday 25,” spokesperson with UDI, Thomas Theis-Haugan, said to the Barents Observer.

The number is about the same as the previous weeks. Holders of a Schengen tourist visa can stay up to 3 months in Europe and are free to travel between countries.

Most of the young men told the Barents Observer in Kirkenes that they are heading to different destinations. Norway is for the most a transit country.