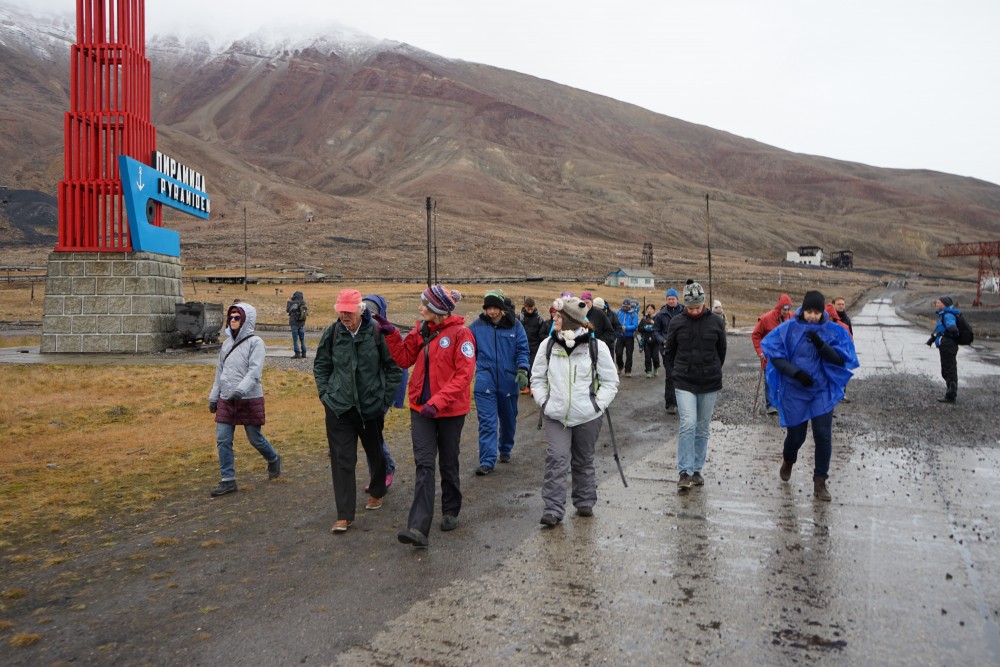 The official tourism board for Svalbard and Longyearbyen will no longer buy guided tours or other products from Russia's Arctic Tourism Centre Grumant. Here from Pyramiden, a Soviet mining ghost town. Photo: Thomas Nilsen

The decision to exclude Trust Arktikugol’s tourism branch is a direct protest against Russia’s war of aggression on Ukraine.
By

“We want to tell the world that Russia’s invasion of Ukraine is something we can’t sit and watch,” said Ronny Strømnes, Chair of the Board in Visit Svalbard.

“We condemn the violation of international law and human rights, and the exclusion is a direct result of the war conducted by the Russian state,” a press release from the official tourism board said.

Tourism is one of the main economical pillars at Svalbard, important both for the main settlement in Longyearbyen and the town of Barentsburg where the Russian state-owned company Trust Arktikugol operates a coal mine. With its subsidiary Arctic Tourism Centre Grumant, the mining company intended to be an important partner in the fast-growing travel industry on the archipelago.

At the most, before the pandemic, the Russian travel company had nearly 80 employees in Barentsburg and Pyramiden. The activity includes two hotels, a brewery, a restaurant, two bars, and different packages of guided tours in the Arctic wilderness.

Tourist companies in Longyearbyen, Norwegian and international, sold tours to Barentsburg and Pyramiden and used to buy services from the Russians. After February 24, few continued to cooperate with Trust Arktikguol’s tourism branch.

With the decision among the members this week, Visit Svalbard decided to exclude Trust Arktikgugol.

“Should we be punished?”

Head of Grumant, Tatiana Ageeva, wrote ahead of the decision an open letter to Visit Svalbard, posted in the local newspaper Svalbardposten, where she called on continued cooperation between the settlements.

“Should we be punished just for being Russians,” she asked rhetorically.

“It is no secret that the majority of residents of Barentsburg are Ukrainians from the Lugansk and Donetsk regions who left the country due to the ongoing conflict,” Ageeva noted.

“Russia is a fascist country”

Timofey Rogozhin was back in 2013 hired by Trust Arktikguol to lead the new tourism buildup in Barentsburg. In 2021, however, he left after strong disagreements with Moscow on Russia’s political direction.

“Our freedom of speech was taken away. There were some support rallies in Barentsburg after Alexey Navalny was arrested. Many people supported him because he was the only opposition,” Timofey Rogozhin said.

The Barents Observer met him and Valeria Mikhailskaya in Longyearbyen the same day as Visit Svalbard voted to exclude their former employer as a member of the tourist board.

While Timofey is Russian originally from Murmansk, Valeria is Ukrainian.

“Over the years I worked in Barentsburg, I could feel how Russia changed from totalitarianism to fascism,” Timofey said.

The two noted that very few of the employees in Arctic Tourism Centre Grumant are left. “The majority ended their work. People couldn’t support the war,” Timofey Rogozhin said.