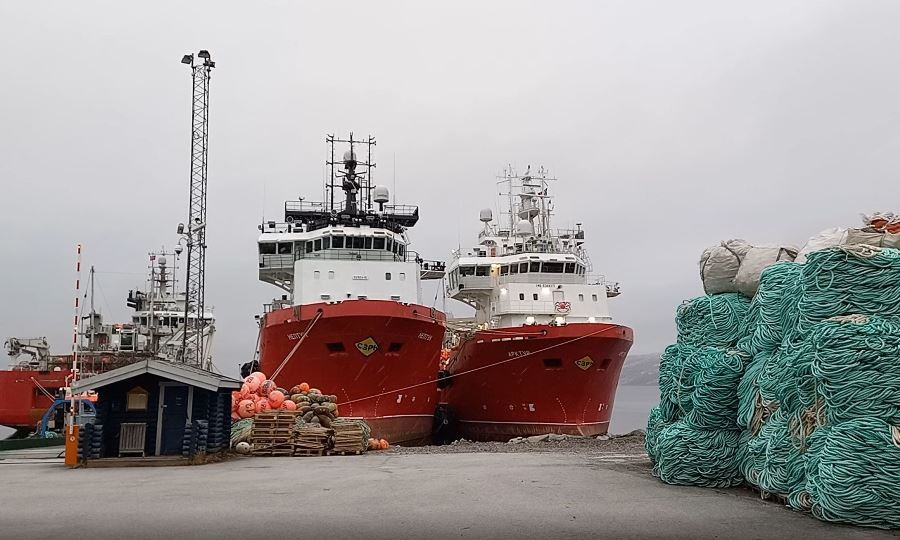 Civilian sailors cannot get to sea, some are taken off their ships right in ports, and others flee while they are abroad.
Read in Russian | Читать по-русски

Mobilization in Russia has hit the civilian fleet. A huge number of sailors are unable to get to their vessels, and shipowners are hectically looking for replacements for seafarers who have been taken off ships by Russian border guards. The Barents Observer found out about this from an employee of a crewing company in Karelia. The problems began after Vladimir Putin announced a “partial” mobilization, and may arise again after the Russian military commissariats sort out the current conscription.

“For us, this is an emergency”

“Our ships call in Russia, in St. Petersburg, and sailors were taken off their voyages during October like there was no tomorrow. Regardless of whether people had received draft notices or not, border guards did not give permission to leave the country to the guys, mostly under 35 years old, but sometimes even to those who were older. There were at least ten such cases in our company alone,” says Irina, who asked for her name to be changed for the story.

This does not mean that the men taken off their boats were immediately sent to the war in Ukraine, says Irina. Many of them did not even have draft notices ordering them to report to service.

“There was a situation when a sailor was not allowed to travel abroad; that didn’t scare him and he went to the military commissariat. He was told: “You haven’t received a draft notice, you are not wanted, go home.” And he just stayed at home, could not travel anywhere. The rest were afraid to make inquiries, they just sat it out.”

The problems continued even after Russia’s top officials announced the end of mobilization. The decision, however, was not documented in any way.

“Literally a few days ago, when they said that the mobilization was sort of over, we sent one of the sailors to the military commissariat. He asked them for a certificate, a permission to leave; such documents had already been issued in other regions, and those guys had been able to leave. But the commissariat replied that they did not issue any certificates, and said to come at the end of the week to get … a travel ban!

The sailor made a noise about this. He said that the mobilization was over. In the end, he was told: we will not give you a permission to leave, but if you want to go somewhere, go. And just today he crossed the border, they let him through, the crewing company employee said.

She notes there was no logic in the actions of the authorities. The lists of those “not allowed to travel abroad” have not been agreed with anyone anywhere. One of the sailors who was already on his way to the ship had a draft notice brought to his home, and he crossed the border without any problem. At first they said that they would not take those who had served in the Navy, and such sailors were sent to sea on voyages in a regular fashion, but then they started to take them off.

The actions of the border guards have put the maritime business on the brink of disaster, says Irina.

“This month has been hell. We were on the edge of our seats: will they let this person out, will they not … This is a huge problem for us. Each vessel has a document about minimum crew size. If someone is not on board for any reason, the ship will simply not be allowed to leave port. As an exception, you can get permission to sail from one port to another; for example, they are allowed to sail without a cook. This gives some time to look for an employee. We already have difficulties with recruiting people: salaries in our company aren’t high, ships aren’t new, not everyone is ready to work with us. The shipowner, in turn, has their requirements to personnel, such as experience of sailing in a particular region, and the like.

And now imagine this: the ship is about to leave St. Petersburg and we find out that a sailor is being taken off! A laid-up vessel costs a lot of money. And we need to find a person willing to accept our conditions, who has the necessary documents, who meets the requirements of the shipowner and who is ready to sail today in a couple of hours. In addition, given the circumstances, they must be either a retiree or someone who never served in the army, so that they aren’t taken off either!

“People are bursting to sail”

Having learned about what was happening some sailors began to leave their ships while they were abroad. Sever.Realii wrote about such a case: two men from Kaliningrad found out that draft notices had been brought to their homes, and they simply got off the ship bound for Murmansk in Ireland. According to Irina, her company has also experienced this.

“Two of our sailors fled the ships. One is, it seems, in Rotterdam, the other is in Tallinn. They were abroad and found out that sailors in Russia were being taken off their boats. They got scared and fled. This is, of course, an emergency. The ship is about to leave port but there are no sailors. And we urgently need to find someone to send there. And this is another country, and visas are a total mess now, it is very difficult to get them: there are many refusals, and if they are issued, it’s only for a short stay, and not all countries issue them … We rid it out, but it all hangs on a thread,” says Irina.

Others, on the contrary, began to ask to extend their stay on board.

“We have received a lot of such requests. People are bursting to sail to avoid mobilization. But using us for this purpose does not really do it because our ships call Russia,” she said.

According to Irina, in early November the situation returned to normal. Sailors write on Telegram that people are allowed to cross the border for the most part. None of those who were taken off their vessels has been sent to serve.

“One of the guys drove across the border just today. We will now try to send the rest. But you can’t relax. They say that mobilization was suspended only because of the start of conscription for military service and can be resumed,” Irina argues.

“Everyone should do their thing”

There are currently several Russian ships in Kirkenes. The Baretns Observer tried to talk to the sailors, but it did not work out. They refused to talk to the reporter on two ships. On the third one, we managed to get a short comment.

“Several guys got draft notices. They will return home and go to serve,” one of the sailors said. He said he had served as a warrant officer on a submarine for 17 years. He himself is also ready to go to war if he is called.

However, this point of view is not shared by everybody.

“I am a pacifist, and I also believe that everyone should do their thing,” says the captain of a merchant ship who lives in Karelia. “We have an army, the second largest in the world in terms of size and power. When you need to get your child to school or kindergarten the military has priority and you simply have no way of getting around these privilege holders, the defenders of the Motherland. And when push comes to shove it’s “Arise, Great country!” for some reason.”

His ship is at sea and will soon arrive in Novorossiysk. The man said that one of his sailors had served as a tank crewman and is now worried about the upcoming return to Russia. But nothing can be done; even if this sailor wanted to go ashore, there would be no more ports before Novorossiysk.