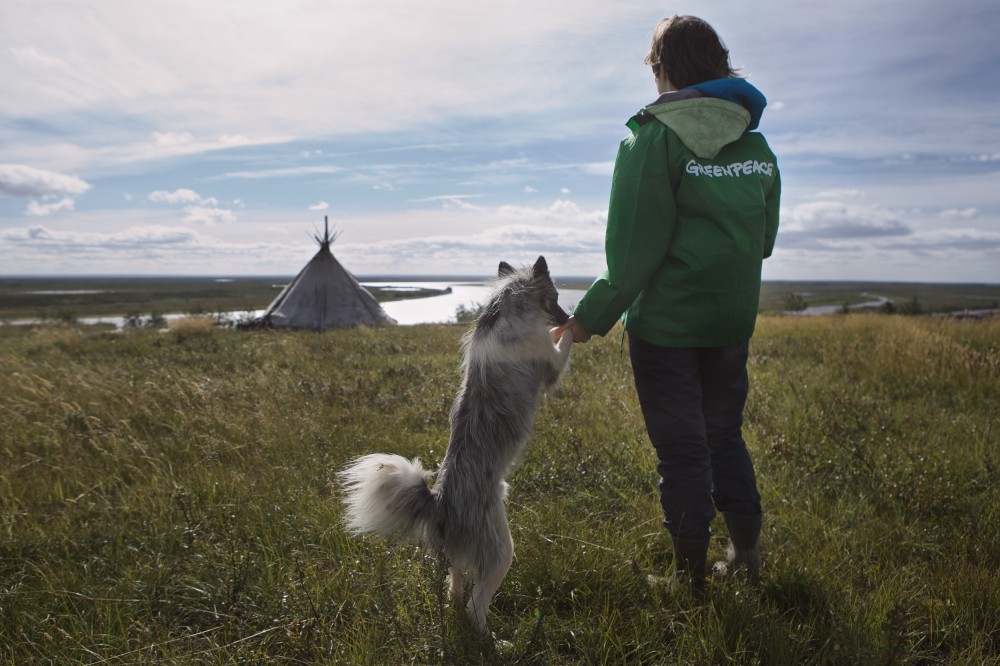 Increasingly difficult for Greenpeace to operate in the Russian North. Photo: Greenpeace

A group of environmentalists intended to study climate change in the Russian Arctic peninsula.
By

The group, which was headed by Vladimir Chuprov, leader of the organization’s Energy Program, planned to make it from Salekhard to Yar-Sale and from there further to Novy Port and Cape Kamenny.

The expedition came to a halt, however, when the environmentalists were rejected helicopter tickets to Novy Port, the new oil field in the peninsula.

«These actions are unacceptable», Chuprov says in a press note. «They are making efforts to block Russian citizens from their legitimate right to get information about the state of environment, they are doing what they can to illegally limit our colleagues’ right for free movement».

«Such action indicates that the authorities and the oil companies have something to hide», Chuprov says.

The expedition was to include studies of climate change and effects on indigenous groups in the area.

According to the organization, a second environmental expedition is experiencing similar problems in Taymyr. That expedition was halted for more than a week before it was allowed to leave the port of Dudinka and proceed with studies along the Yenisey.