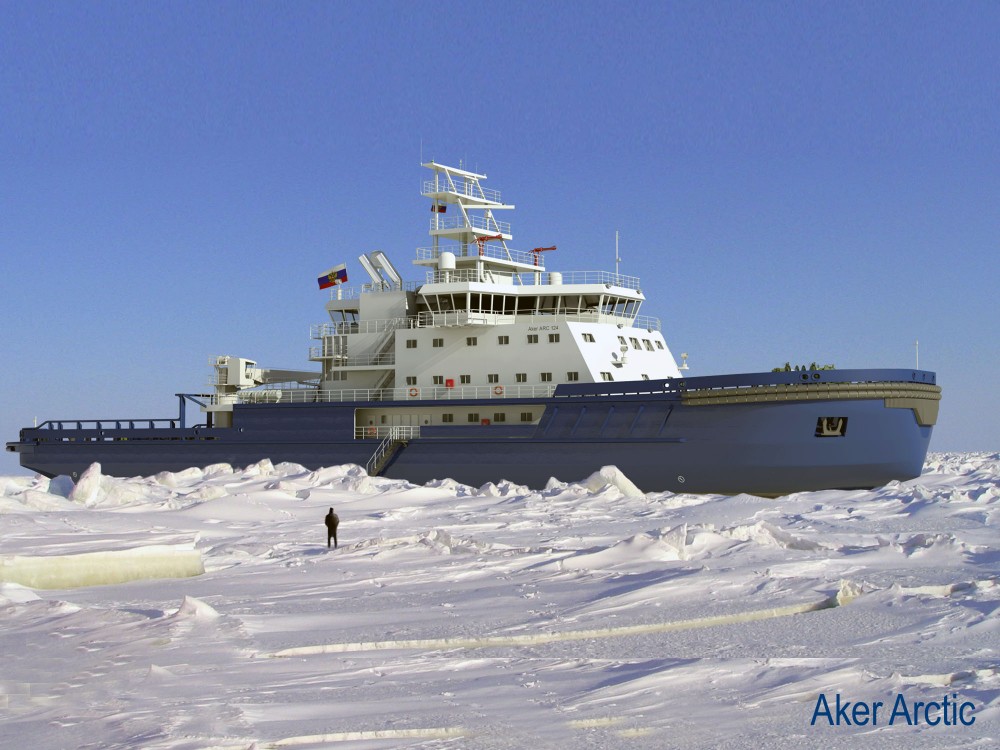 Rosatom takes on new role in Gulf of Ob

The nuclear power company builds a conventional icebreaker, to serve the oil and gas companies operating in Yamal.
Read in Russian | Читать по-русски
By

Rosatom is well known for its fleet of nuclear-powered icebreakers based at the Atomflot in Murmansk. Through its subsidiary Rosatomflot, the company manages four powerful icebreakers, as well as the “Sevmorput” nuclear-powered container ship. And several more vessels are under construction.

This week, the state company launched the construction of the «Ob», a 12 MWh diesel-engined vessel which will be able to break through 1,5 meters thick ice in two knots speed. The «Ob» is 89 meter long and will serve at the port of Sabetta, the new major terminal in the Ob Bay. It will accompany tankers to and from Sabetta, Novatek’s LNG project in the area.

Rosatom and Novatek in November 2014 signed a cooperation agreeement which includes the provision of icebreaker service in the Ob Bay until 20140.

«The construction launch of this port icebreaker is a big event for Rosatomflot, the «Ob» will be the flagship in our project Portflot», company General Director Vyacheslav Ruksha says in a press release.

The «Ob»will be built at the Vyborg Yard outside St.Petersburg, and is to be ready for duty by year 2019.

The ship is based on the design of the Aker ARC 124, a model developed by Finnish ship design company Aker Arctic. The Finnish company has also developed the Aker ARC 130 A, which is applied by Gazprom Neft in its Novy Port project.

Aker ARC 124 features a new kind of propulsion arrangement that provides high icebreaking performance and operational capability in difficult ice conditions with relatively low propulsion power. With two azimuth propulsion units in the bow and two units in the stern of the vessel, the icebreaker is designed to operate especially in thick consolidated brash ice that forms in shipping channels and harbor basins as a result of regular traffic during the winter months, the AkerArctic informs on its website.