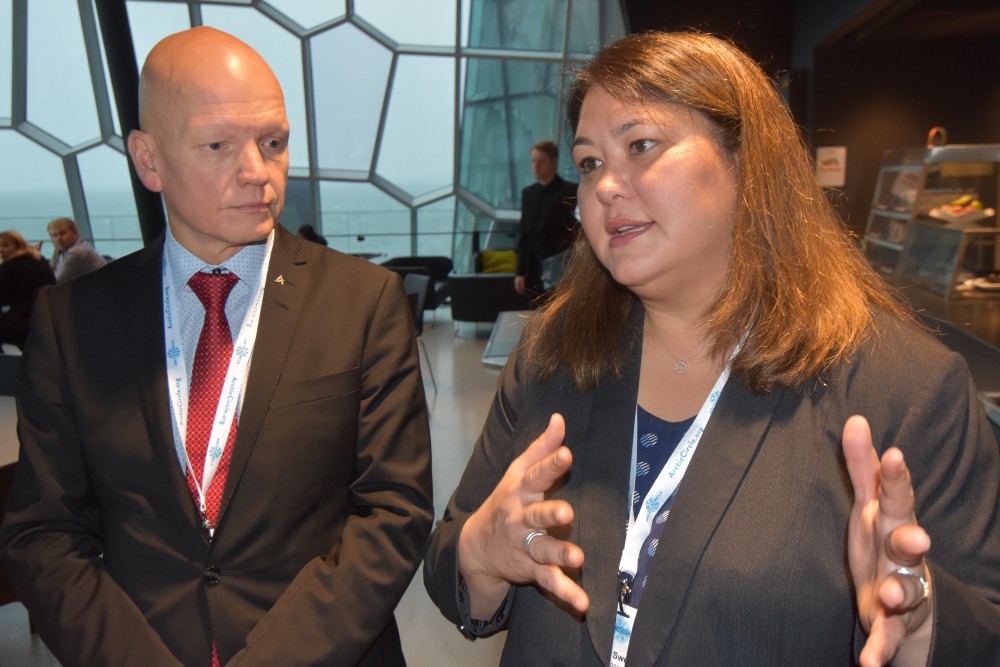 … and western sanctions are not putting a stop to interaction with Russia, Tara Sweeney, leader of the Arctic Economic Council says.
Read in Russian | Читать по-русски

Several Asian countries are knocking on the door of the Arctic Economic Council (AEC), the body facilitating business cooperation across the Arctic region. And they will soon join the club.

Tara Sweeney, Chair of the Council’s Executive Committee, confirms that the AEC is now open for sub-Arctic countries’ membership. That is likely to happen in the near future. First in the line are China, South Korea, Japan and Singapore.

«It is our desire to be inclusive», Sweeney underlines to the Barents Observer.

Behind the Asian interest lures an expectation about an upcoming grand hike in Arctic shipping. That was confirmed by speakers from East Asian countries at this week’s Arctic Circle conference in Reykjavik.

According to AEC Deputy Chair Tero Vauraste, the Asian approach towards Arctic developments is now «even higher than in some of the Arctic countries».

He says that the AEC is currently seeking to transfer the state approach towards the Arctic to a more business-like approach.

«Business has no borders», he underlines.

Such an approach opens also for a continued cooperation with Russia. Despite sanctions and political freeze, the Arctic business relations with Russia is still alive. At least for the Arctic Economic Council.

«Absolutely, it is still possible to do business with the Russians», Vauraste stresses.

The Arctic Economic Council was established in 2014 under the auspices of the Arctic Council. It has eight member states and six member organizations, all of them representing indigenous peoples.