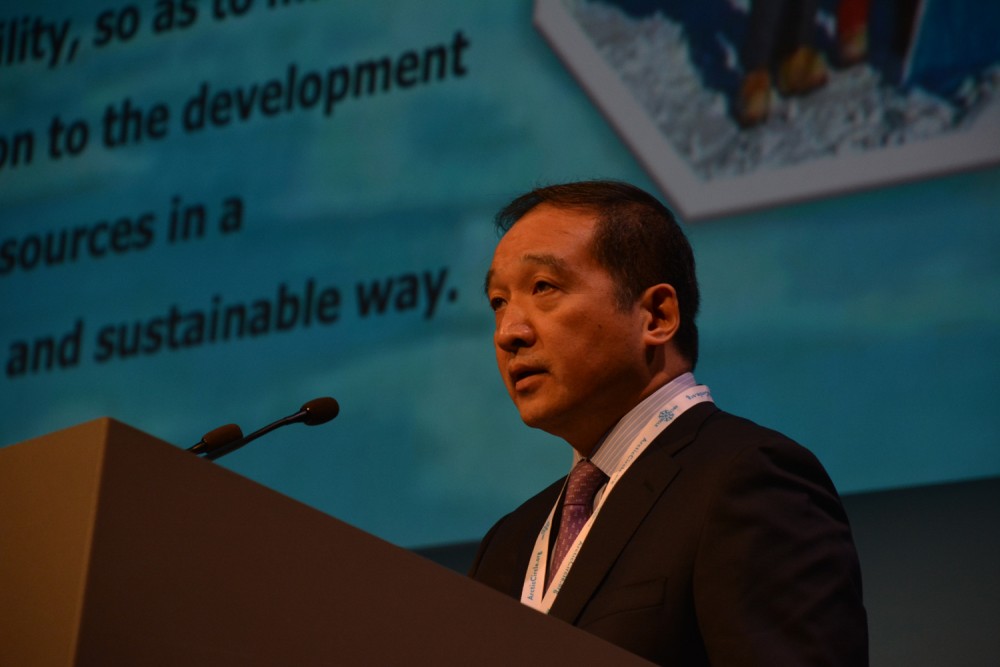 Speaking at the Arctic Circle conference in Reykjavik, COSCO Executive Vice President Ding Nong confirmed that his company’s operations along the Russian Arctic coast in 2016 are reaching a record high.

In the course of this year’s shipping season, the company will send a total of five vessel transit along the NSR. The is the biggest number ever by the company.

Four of the vessels have low-ice class. The fifth vessel, the «Yongsheng», has Arc 4 classification, and made a two-way tour along the route, information provided by the COSCO representative shows.

The other vessels, the «Tianxi», «Xianghekou», «Xiangyunkuo», «Xiazhiyan», made one-way voyages. The first two are cargo vessels, while last ones are heavy lift ships.

Mr. Ding Nong delivered his presentation in Chinese, but provided a set of slides with English explanations.

It is the third year that the «Yongsheng» makes a transit voyages along the NSR. The first passage was made in 2013 when the ship made it from Chinese Taicang Port to Rotterdam. It became the first Chinese merchant ship crossing the sea route. Two years later, the ship made a two-way voyage across the route.

«As the climate becomes warmer and polar ice melts faster, the Northeast Passage has appeared as a new trunk route connecting Asia and Europe», Nong said in his presentation.

«COSCO Shipping is optimistic about the future of the NSR and Arctic shipping”, the presentation of the company representative reads.

The China Ocean Shipping Company (COSCO) is state-owned and among the biggest shipping companies in the world. It has about 130 vessels.

By mid-September 2016, transit shipments along the route amounted to 208,500 tons of cargo.

The Northern Sea Route officially stretches from the Novaya Zemlya to the Bering Strait.