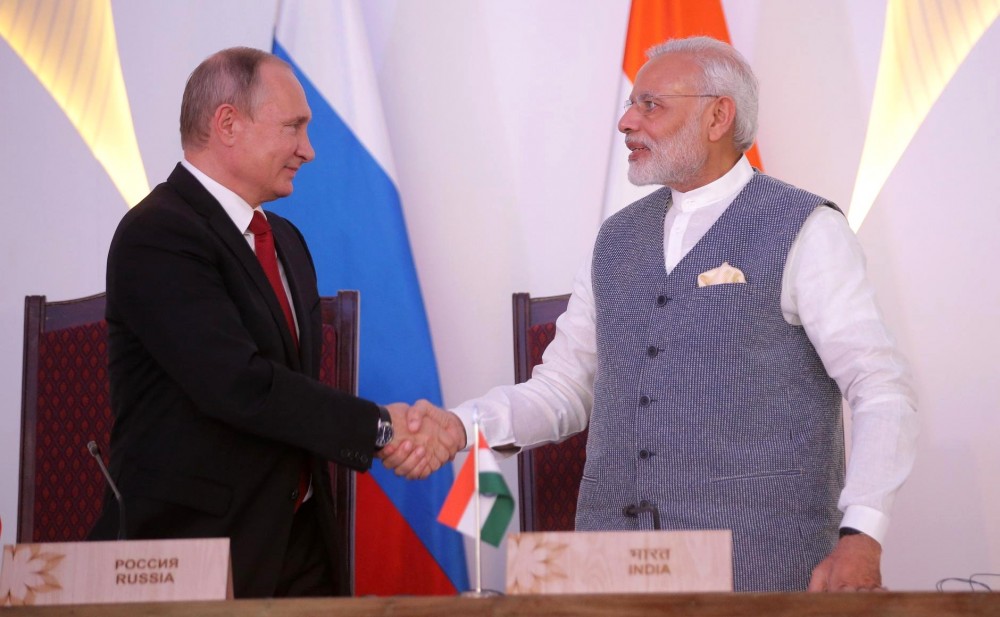 Cooperation in the Arctic constitutes a key component in the deals struck during last week’s top meeting between President Vladimir Putin and Indian Prime Minister Narendra Modi. The two countries intend to expand their cooperation in Arctic energy and military affairs.

The meetings, held as part of the BRICS summit, resulted in a total of 20 bilateral deals, among them on enhanced cooperation in the Vankor oil project.

The two counties have over the last year significantly boosted relations in northern Russian energy projects. In early October this year, a consortium of Indian companies, headed by Oil India Ltd, formalized a 23,9 percent acquisition of Vankorneft, the Rosneft-controlled company managing the huge Vankor oil field.

The deal, which had a price of $2,021 billion, was followed by a 29,9 percent of the nearby oil field Taas-Yuryakh by the same companies. The latter deal included $1,12 billion, Rosneft informs.

Both projects are located on Russia’s northern tundra, to the west of River Yenisey.

Now, it is clear that the Indian company ONGC Videash Limited acquires another 11 percent of the Vankorneft, information from the Russian-Indian top meeting shows.

In addition, President Putin invites the Indians to the Russian shelf. The declaration signed by the two state leaders following the talks includes an ambition to jointly engage in Arctic waters.

«In order to further strengthen our bilateral cooperation in the oil and gas industry, the Russian side expressed its interest in attracting Indian companies to participate in joint projects on the development of the Arctic shelf», the document reads.