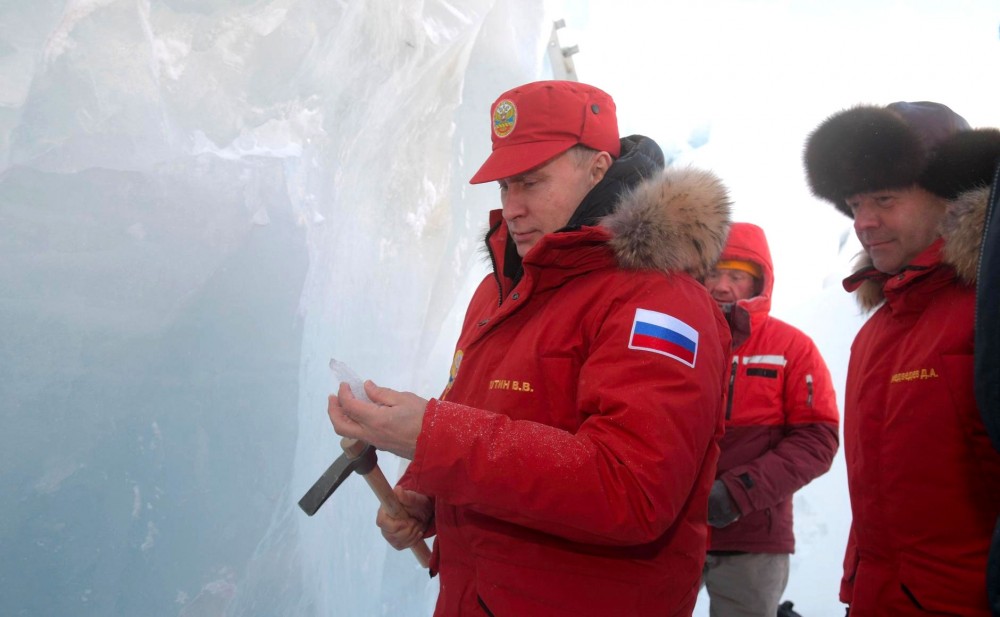 There is unease in several Russian government ministries as officials start to understand that the President’s objectives for the Northern Sea Route can not be reached. The only way to please the president might be to expand the sea route itself.
Read in Russian | Читать по-русски
By

Vladimir Putin has made shipping on the Northern Sea Route a key priority in his presidency. According to the President, annual goods volumes shipped along the Arctic route is to increase to as much as 80 million tons by year 2024.

It is one of the many objectives included in Putin’s so-called May Decrees announced after his re-election victory in 2018. Government ministers and state officials all fret about the objectives, which ultimately could be decisive for the fate of their further careers.

In the Ministry of Natural Resources there is now increasing concern that the President’s 80 million tons target for the Northern Sea Route simply can not be achieved. According to Ministry estimates, the maximum possible volumes on the route by year 2024 is 52 million tons.

The figure was presented by the Ministry in a presentation made late December 2018, RBC reports. The newspaper has got a copy of the presentation, which shows that estimated shipping on the route in 2024 will include up to 40 million tons of LNG, 9,2 million tons of oil and gas condensate and 3,2 of ores from Norilsk Nickel.

The ministry puts little faith in the projected plans by businessmen Dmitry Bosov and his company VostokCoal. Bosov has said that he intends to extract as much as 30 million tons of coal in the Taybass area in the Taymyr Peninsula by year 2030. The ministry officials have similar lack of confidence in company Neftegazholding’s plans for 5 million tons of oil production in the Payakha field on the Yenisey River by 2024, RBC reports.

The 52 million tons estimate from the ministry include an explosive growth in shipping on the route, up almost 200 percent from the 18 million tons in 2018. But it is still as much as 28 million tons lower that Putin’s desired 80 millions.

How, then, can the they manage to please the President?

According to Mikhail Grigoriev, an expert on natural resources and logistics in the Arctic, the problem would be solved if the Northern Sea Route itself is extended. Today, the sea route stretches from the archipelago of Novaya Zemlya in the west to the Bering Strait in the east. If the route is extended to include also the Pechora Sea and the Barents Sea, the goods volumes could be sufficient, he said in a recent presentation referred to by RBC.

In addition, the Ministry of Natural Resources have other data that could soothe the President. According to a ministry forecast for a bigger period, until year 2042, goods volumes on the route would amount to as much as 155 million tons. That would imply that all disputed issues related regional industrial projects and transportation are resolved and that the construction of three super-powerful icebreakers of the Lider-class are built.