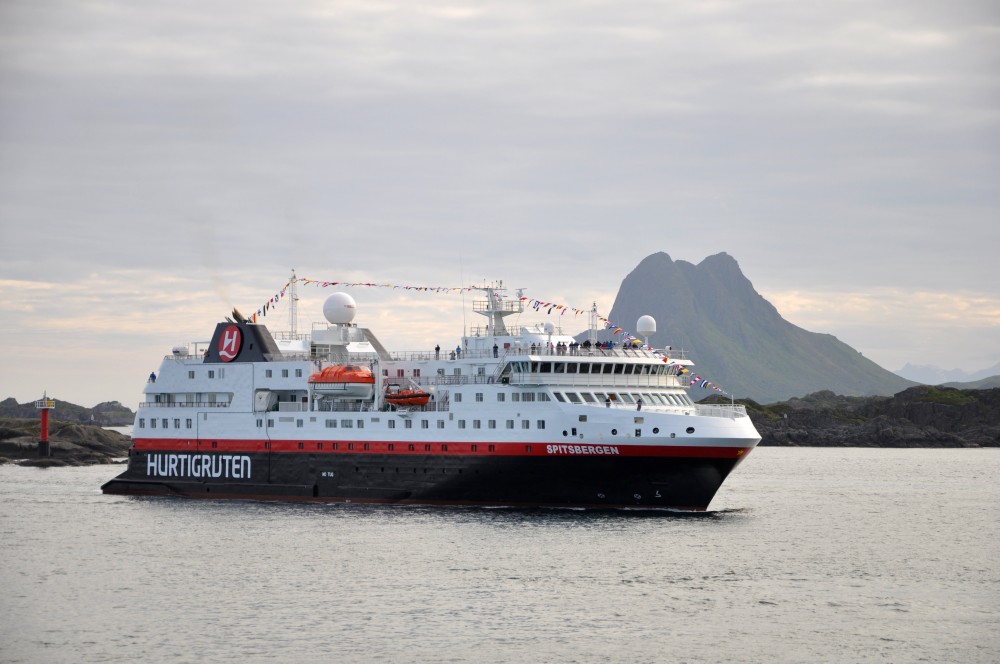 The «Spitsbergen» is among the company’s smallest. It will ship along the Norwegian coast in wintertime and bring tourists to the Arctic in summer.
By

It was polar explorer Cecilie Skog who this Wednesday launched the new Hurtigruten ship. True to the tradition, Skog crushed a bottle of champaign against the ship side. The ceremony took place in Solvær, the small port in the Lofoten islands.

With its 100 meter length and 18 meter width, the «Spitsbergen» will be among the company’s smallest. Unlike the other Hurtigruten ships, it will have no car deck and the passenger capacity is only 335.

The ship was bought by the company in spring 2015 and was fully renovated in the course of last winter. She has become a tough and compact expedition vessel with excellent maneuvering capacities and a perfect size, the company says in a press release.

This makes it easier to get in close range with nature along the Norwegian coast and on expeditions, Hurtigruten underlines.

The new ship will replace the «MS Midnatsol» will be used by the company for cruise expeditions to the Antarctica, company leader Daniel Skjeldam says to NRK.