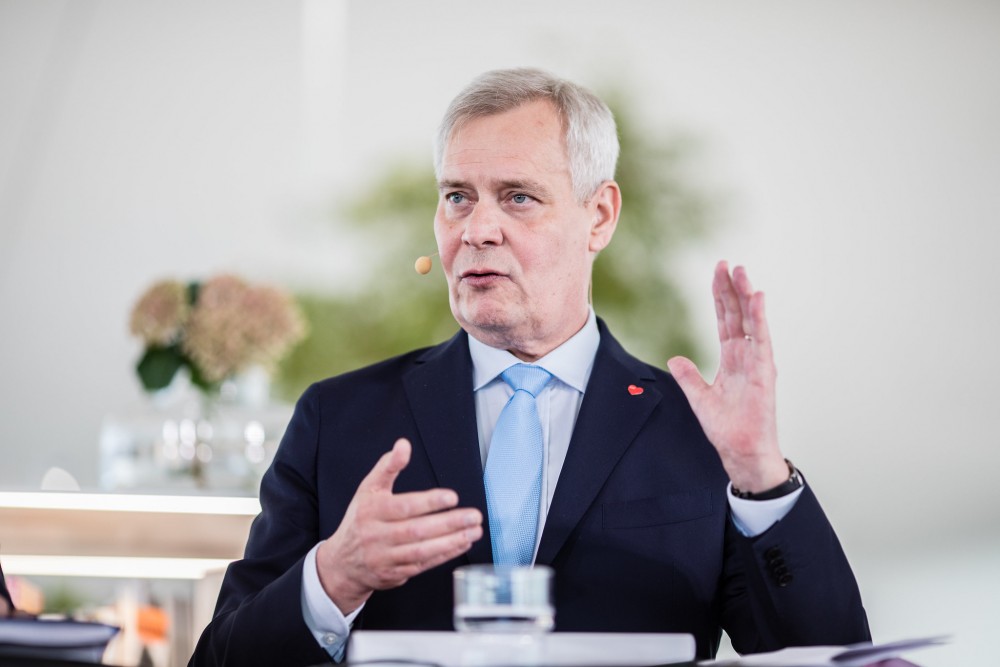 Finnish Prime Minister Antti Rinne will head the European Council the next half year. Photo: Finnish Government on Flickr

Mitigation of climate change must be at the heart of our Arctic policy, the Finnish government says as it takes over the rotating Presidency of the European Council.
Read in Russian | Читать по-русски
By

«A key priority of Finland’s Presidency is the EU’s global leadership in climate action,» says Finnish Prime Minister Antti Rinne. That means committing to climate neutrality by 2050, he makes clear in a statement made in connection with the start of the Finnish six-month presidency period.

«Our aim is for the European Council to reach agreement on the main elements of this plan by the end of 2019,» the government leader underlines.

Finland on 1st July took over the presidency. It will keep the reigns of the Council until 1 January 2020.

The slogan for the new Presidency is «Sustainable Europe – Sustainable Future», and the Arctic is one of the focus areas. The Presidency Programme highlights that «the importance of the Arctic region for prosperity and security in the EU is growing».

«Finland advocates an EU policy that respects the need to protect the Arctic region’s stability and particularly its fragile natural environment and to safeguard the region’s economic potential and employment prospects,» the document reads.

Finland underlines that it «will assume a leading role in strengthening the EU’s Arctic policy» and that «mitigation of climate change must be at the heart of our Arctic policy.»

The country’s government says that it supports the proposal to raise climate-related funding to a level of 25 per cent of the EU budget and makes clear that the Arctic is part of the picture. Also EU Arctic policy and Arctic projects funded through various EU instruments need to be used to combat climate change, the program document underlines.

It is the third time that Finland holds the EU presidency since the country joined the Union in 1995.

In his speech to the Finnish Parliament ahead of the takeover of the EU Presidency, Prime Minister Rinne made clear that his country is firmly committed to European cooperation. «Nowhere else in the world is there anything to compare with this unique form of cooperation between nations,» he underlined and added that «human rights, freedom, democracy, equality and the rule of law are all values that EU countries commit to as part of membership.»

During its presidency, Finland also intends to step up its fight against hybrid threats. The country has heavy expertise in the area. In 2017, it played a crucial role in the establishment of the European Centre of Excellence for Countering Hybrid Threats, the EU body based in Helsinki. According to Prime Minister Rinne, Finland now also aims for the Council to establish a permanent working party on countering hybrid threats.