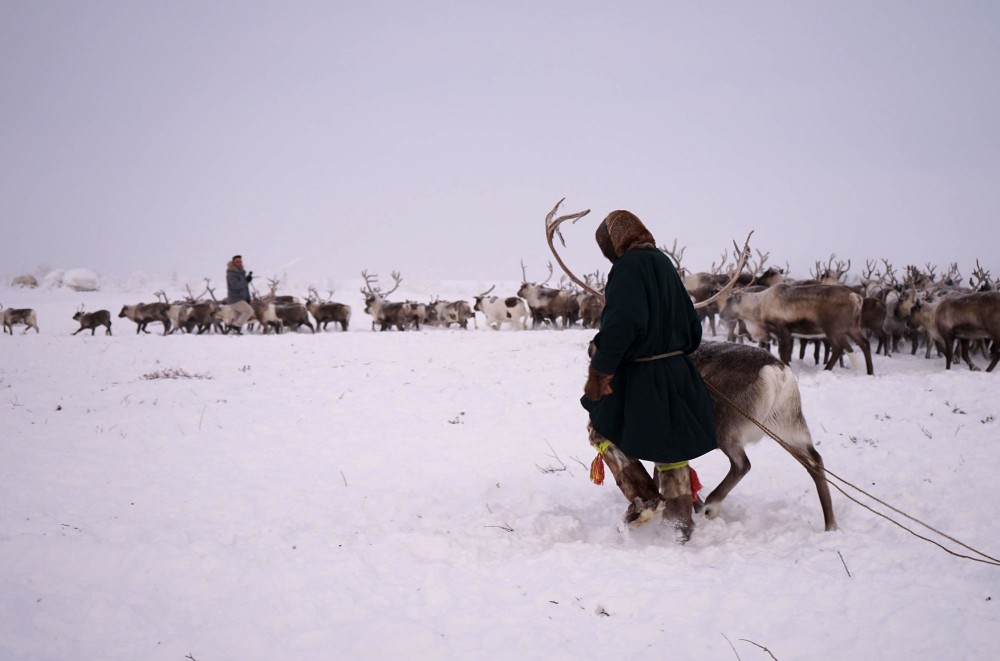 The natural gas company was awarded the controversial licenses after it sent a letter to the Kremlin.
Read in Russian | Читать по-русски
By

Company leader Leonid Mikhelson earlier this year approached the Kremlin with a request to obtain the licenses to additional natural gas fields in the Yamal Peninsula.

According to the powerful businessman, the resources of the Arkticheskoye and Neytinskoye fields are crucial for Novatek’s successful development of new Arctic projects.

“The existing resource base of Novatek in the Yamal Peninsula does not provide the necessary volumes for the timely adoption of an investment decision for the Ob LNG project in 2021,” the letter reads.

The communication between Mikhelson and Putin is referred to by Interfax.

It took only few weeks before Novatek had secured control over the licenses. According to Interfax, the field auction included special conditions that favoured Novatek and ultimately no other company submitted bids.

Novatek cashes out 13,15 billion rubles (€152 million) for the licenses, the company informs. The resource estimates amount to 2,9 billion barrels of oil equivalents, including 413 billion cubic meters of natural gas.

According to Novatek, the license areas are located in “the immediate vicinity of existing company assets in the Yamal Peninsula.”

However, unlike the company’s other licenses in the far northern region, the newly obtained Arkticheskoye and Neytinskoye areas are located in a protected nature reserve (zakaznik).

The Yamalsky reserve covers a 4,1 million hectare area, of which more than 3,7 million hectare are located in the central and southern part of the peninsula. According to Russian law, industrial activities are prohibited in nature reserves.

But environmental legislation will not put a stop to Novatek’s expansion into the vulnerable tundra.

From before, the borders of the Yamalsky reserve has on several occasions been adjusted following pressure from oil and gas companies. A list of legislative acts shows that the first adjustment of the reserve came in 2013, at the same time as Gazprom moved ahead with the development of the Bovanenkovo project.

The latest border adjustment of the Yamalsky reserve was formalised in May 2021.

Novatek is rapidly moving ahead with its industrial expansion in Yamal and adjacent Gydan. From before the company is operating the Yamal LNG and is in full swing with the development of the Arctic LNG 2.

The Ob LNG project is planned as Novatek’s third major natural gas project in the region. The Ob project is based on the resources of the Verkhnetiuteyskoye and Zapadno-Seyakhinskoye fields, two structures located in the central part of the Yamal Peninsula. The estimated resources amount to 157 billion cubic meters of natural gas and a projected new processing plant is to produce up to 6 million tons of LNG per year.

With the new Arkticheskoye and Neytinskoye license areas under control, Novatek looks set for additional expansion into the remote Arctic lands.