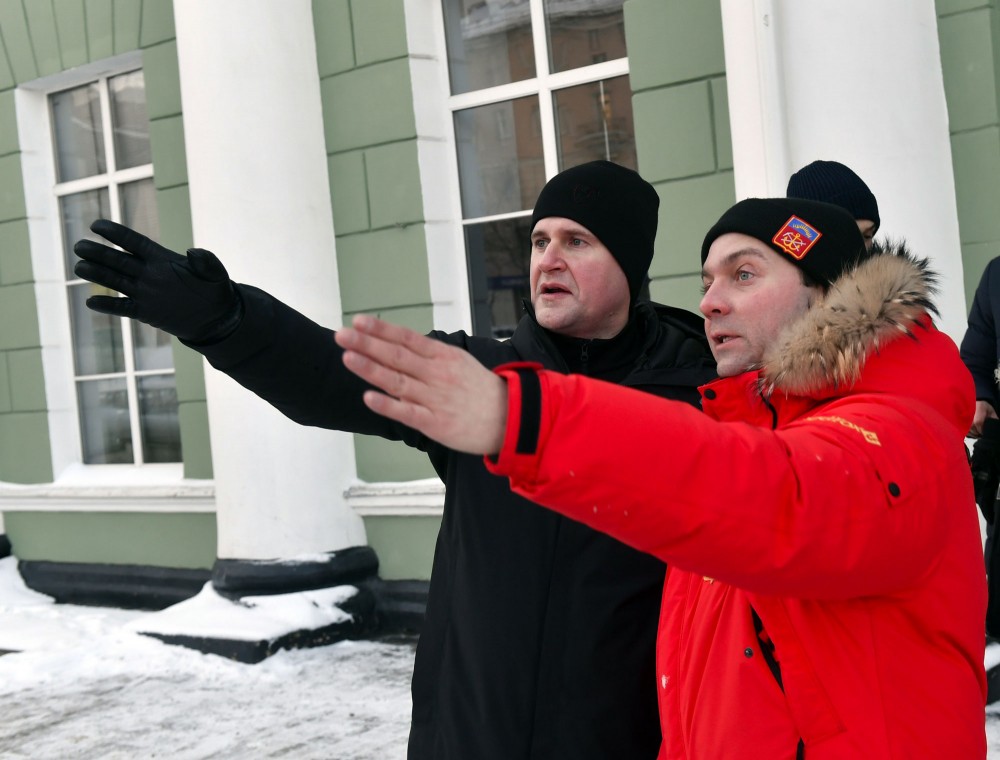 As he pays a visit to the new LNG Construction Center in Murmansk, Minister of the Far East and Arctic Aleksei Chekunkov says Moscow will do what it can to support industrial developments in the far northern region
Read in Russian | Читать по-русски
By

The new plant that is under construction on the western shore of the Kola Bay made a great impression on the federal minister. According to Aleksei Chekunkov, Murmansk is now about to become a leader in Arctic developments, not only in Russia, but the whole circumpolar north.

Together with representatives of plant operator Novatek, Chekunkov was shown around on site by Murmansk Governor Andrei Chibis.

“I have now discussed with Andrei Vladimirovich how Murmansk can be made a global capital of the north, and not only of the Russian Arctic,” the minister said, and added that “this industrial endeavor is the answer to the question.”

According to the Minister of the Far East and Arctic, the federal authorities “will support this project with all the resources and abilities of the Government.”

Novatek has over the last few years transformed the skyline of the Kola Bay. A major area across the fjord from Murmansk City is now site for a huge and still expanding plant.

When ready, the LNG Construction Center will employ about 17,000 people, regional authorities say. It will manufacture the gravity-based structures that ultimately will be towed up the Gulf of Ob to the Gydan Peninsula where they will produce liquified natural gas as part of Novatek’s Arctic LNG 2 project.

The new plant in Murmansk is part of part of Russia’s transformation of the global energy balance, Minister Aleksei Chekunkov argues.

“The volumes of gas that the industrial objects that are built here will be able to liquefy will change the global energy balance,” he says in a comment.

And natural gas is an environmentally friendly fuel, he argues.

The natural gas will “enhance the ecological friendliness of the world energy system, because gas is a significantly more environmentally friendly fuel.”

Novatek already produces more than 16 million tons of LNG in its Yamal LNG project, and will add another 19,8 million tons with the Arctic LNG 2. However, the quickly growing focus on renewable zero-emission fuels in international markets is putting pressure on Novatek and other Russian energy companies. Recently, the natural gas company signaled that it might instead go for production of hydrogen and ammonia in its new Ob project.

During his visit to Murmansk this week, Minister Aleksei Chekunkov was also shown around at the site that is to house a major cultural and business center.

The center is part of regional Governor Chibis’ New Murmansk initiative. It will be built on the city waterfront, next to the local Sea Terminal and the Lenin Icebreaker museum.

The first part of the project is due to be completed before the end of 2024.