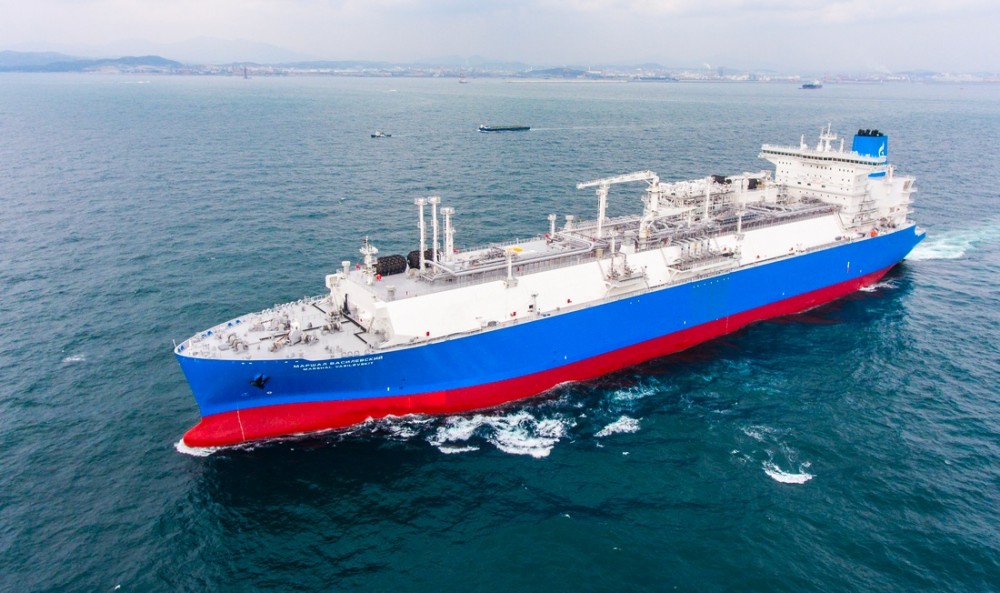 The 295 meter long ice-class FSRU makes its first voyage to the Arctic.
Read in Russian | Читать по-русски
By

The Marshal Vasilevsky one of the first days of September set out from the Chinese port of Dapeng with a course for the Bering Strait.

About two weeks later, the unique vessel had made it across Russia’s Northern Sea Route to Sabetta, the far northern LNG terminal.

On 23rd of September, the ship was still in the Gulf of Ob. It is expected to return to the Pacific through the NSR with a full load of 174,000 cubic meters of natural gas.

The Marshal Vasilevsky has ice-class Arc4 and made the voyage across the remote Arctic waters without icebreaker assistance, ship owner Gazprom Flot informs.

The vessel is built in 2018 and was originally made for energy supplies to the Russian exclave of Kaliningrad. It is Russia’s only vessel of the kind. In addition to transportation of LNG, it can serve as a land-based terminal and vaporize LNG and deliver natural gas through specially designed offshore and near-shore receiving facilities.