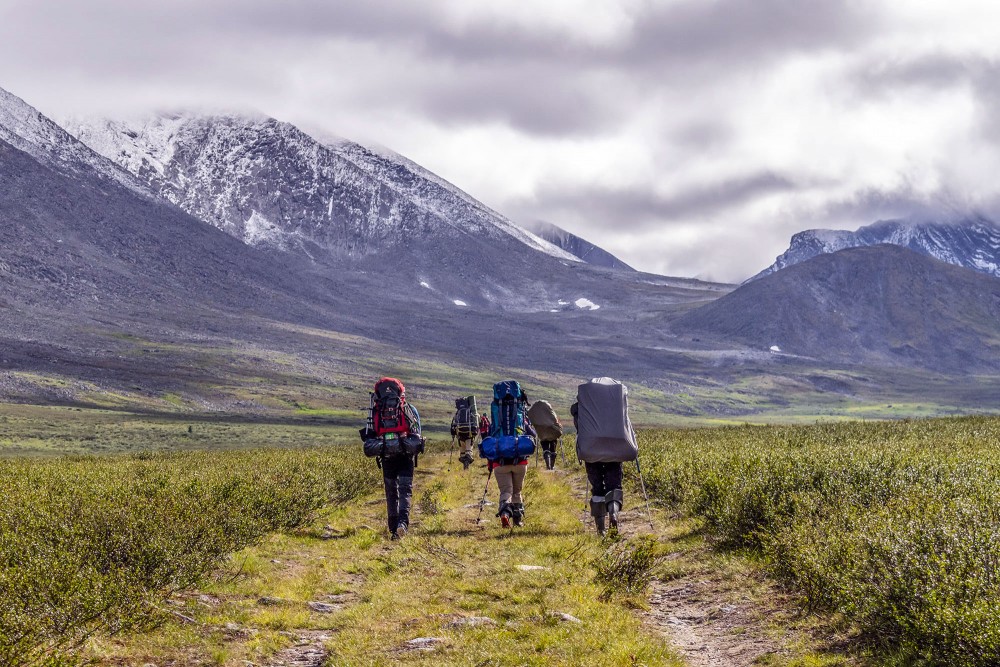 In the north Russian Komi Republic, officials from companies with Cypriot roots want to allow gold mining in a national park of international importance. Here are their names.

On August 15, at a meeting with representatives of political parties, the then acting head of the Komi Republic, Vladimir Uyba, said that gold mining would be revived at the Chudny deposit, which would help save the neighboring monotown Inta. The coal mine in Inta is in bankruptcy and gold mining could provide new jobs. Uyba’s statement, as always giving the impression of a far-sighted politician, produced an effect that was probably opposite to what he expected. Instead of the long-awaited solution to Inta’s problems on the eve of the republic’s elections, he in fact announced a “new Shies”. The Chudny deposit is in fact located in the middle of the protected Yugyd Va National Park, the first Russian national park included in the UNESCO World Natural Heritage List.

Ivan Ivanov, chairman of the Pechora Rescue Committee, the oldest environmental organization in the republic, spoke on the matter.

“Yugyd Va” in the Komi language is “light water”. When you enter a stream, it seems that the bottom is very close but there is depth. The water is crystal clear for six meters. In Yugyd Va, there are a lot of mountain rivers whose waters flow from the Urals to the Pechora, which is still considered the cleanest river in Europe.”

The most famous and largest river of the national park is the Kozhim. It originates in the Chudny area. The Yugyd Va reservoirs, along with the virgin forests, made it possible to include the park in the world heritage list in 1995, its second year of existence.

In a statement, Head of Komi Vladimir Uyba says the following:

“I think it is very important to understand something about UNESCO counting the Chudny. There is, of course, nothing particularly miraculous about Yugyd Va, But that it is part of UNESCO states something pretty clearly. It says that no one should be mining for gold there. And to get around this is a tall order for Deputy Prime Minister Yuri Trutnev. The Ministry of Natural Resources was to give its conclusion before August 31. They said that they were doing everything necessary to solve the situation. There was no connection with the Yugyd Va. These were completely different stories. The borders of the “national park” will be shifted 100 percent. And the business was not just a matter of mining, it would be a mining and processing plant ”.

The first of 10 attempts to let gold miners into Yugyd va were made in 1997.

That year, Yuri Spiridonov, the then head of Komi, made the decree that 200 thousand hectares would be cut from the borders of the national park including the Chudny. The Komi Supreme Court overturned this decision with a lawsuit co-written by Greenpeace. In 2004, the Komi government tried to cut about 35 thousand hectares of the land around Chudny from the park. The prosecutor’s office canceled this decision as well and again, on a complaint from environmentalists. Four years later, the city administration of Inta suddenly announced that Chudnoye would no longer be included as part of the national park at all. But the prosecutor’s office and the court recognized the administration’s actions as illegal.

Nevertheless, a year later in 2009, ZAO Golden Minerals, a Colorado-based precious metals exploration and development company, obtained a license to develop the Chudny deposit. And a month later, the Ministry of Natural Resources of the Russian Federation excluded it from the borders of the national park, rezoning it as industrial land. A year later, Inta tried to transfer 1900 hectares of the national park to the Golden Minerals Company and “geological explorations” got underway.

The work went on for two years until the decision of the Supreme Court, which recognized the actions of the Ministry of Natural Resources as illegal again.

In 2014, the Supreme Court once again recognized that the withdrawal of land from the boundaries of the UNESCO World Heritage Site is impossible. In response, the Ministry of Natural Resources proposed amendments to the Federal Law “On Specially Protected Natural Areas”, which would make this operation legal. And after their rejection there, the ministry tried again to make a proposal to change the boundaries of the Yugyd Va National Park itself. But again, they were unsuccessful.

Please note that during this entire time, the department responsible for the protection of national natural resources has been making a lot of efforts to give these same resources away to industrial development. And it is continuing to do so now.

In 2019, the Ministry of Natural Resources and Ecology instructed the All-russian Scientific Research Institute For Environmental Protection, VNII Ecology, to develop an ecological and economic feasibility study for the withdrawal of 50 thousand hectares from the national natural park for industrial needs. As if it was intended as payment for the project, they proposed including three times more land belonging to two forestry companies in exchange.

“They wanted to cut a piece off from the mountain tundra by adding some swamp land and some pine trees,”  explained Ivan Ivanov. “But really, this taiga land does not contain many rare species that we will lose if the Chudny is taken out of the borders of the national park.”

Why is this small area so critical for a park of 2 million hectares?

Nina Ananina, an activist for the Komi Ecologists Association explains:

“Chudny is located in the very center of the national park. They want to change the boundaries of the park by making a donut hole in it. They are trying to bite off a piece from the middle. Maybe this can be done on the map but in reality, it is impossible to cut out any territory of the national park.

The site is located between the upper reaches of the Balbanu and Kyzhim rivers. Lake Grubependity and the Balbanyu River will turn white from dust and runoff. The fish, brown trout and grayling, will leave the river. Any more gold mining there will destroy them.

Kyzhim is the pearl of the “Yugyd Va”. When you are rafting down the stream, there are rocks on one side and a lunar landscape on the other side. This is the result of the Golden Minerals Company doing their “explorations” in the national park. The rocks were crushed and the waste was dumped directly onto the ground. According to the estimates of the Komi Scientific Center of the Russian Academy of Sciences, it will take 300 years for the land to heal from the consequences of that previous extraction.

At the beginning of the year, it seemed that the issue of gold mining in Yugyd Va was closed once and for all. Greenpeace submitted more than one hundred thousand signatures to the presidential administration in defense of the park. And they got a positive answer: “Excluding a part of the territory from the borders of the national park contradicts the current legislation and international obligations Russian Federation”.

However, this is exactly a case where the opinion of the presidential administration is not the ultimate truth.

The license for exploration and production of gold ore at the Chudny deposit has not been revoked from the Golden Minerals company. Moreover, the Ministry of Natural Resources indicated that it had only suspended the license “until the borders of the Yugyd Va National Park were changed”. And in June, the State Duma received a draft amendment to the law “On Specially Protected Natural Areas”, in which the government was given the right to determine and change the boundaries of protected areas.

Who is fighting with such zeal to revise these boundaries? The list of authors of the bill No. 974393-7 include members of the Federation Council Yuri Vorobyov , Andrei Turchak , Alexey Mayorov , Elena Zlenko, Vyacheslav Nagovitsyn and State Duma deputies Sergei Neverov and Vladimir Burmatov.

If this bill is ratified, the beneficiaries of the Golden Minerals company will be grateful and explosions will gut the Muldynyrd ridge. And who are these beneficiaries? According to the Spark-Interfax database, there are four Cypriot offshore companies that have equally divided the shares that they received in 2012 from the Russian companies Mireko and Nord Minerals, both subsidiaries of the gold mining PJSC Vysochaishy. Golden Minerals itself is a micro-enterprise with three employees.

Once again, in order for the four Cypriot offshore companies to benefit from a gold reserve that is estimated at almost 600 tons, changes in the legislation of the Russian Federation are being lobbied, regardless of the colossal and irreparable damage the industry will cause.

Mikhail Kreindlin works for Greenpeace as an expert on specially protected natural areas,

“The bill really hasn’t even reached the first reading yet. As of the moment, it is unrealistic to change the boundaries of the park, no matter what Uyba says. The laws “On Specially Protected Natural Areas” and “On Environmental Protection” do not allow this. And what is more, any statements about the imminent change of the borders of the Yugyd Va contradict the decision of the Supreme Court that has come into force. Therefore, any such statements by the head of the republicare, of course, irresponsible.

This is a very toxic waste. Everything will die

As soon as a quarry is built there, the landscape will be completely destroyed. The rivers will be destroyed and all this residue of the mining will flow further down. The gold mining process is associated with leaching, the use of cyanides. This is a very toxic waste. Everything will die.”

On the 31st August, according to the instructions of Trutnev, a plan was to appear in Komi that will allow the “Light Water” to sign the final verdict. But by now, local residents have many years of experience in environmental protests. A permit for gold mining can also become a catalyst for a protracted internal political crisis in the republic. And they are ready to fight.

“Novaya Gazeta” has sent inquiries about the fate of “Yugyd Va” to Yuri Trutnev and Vladimir Uyba.