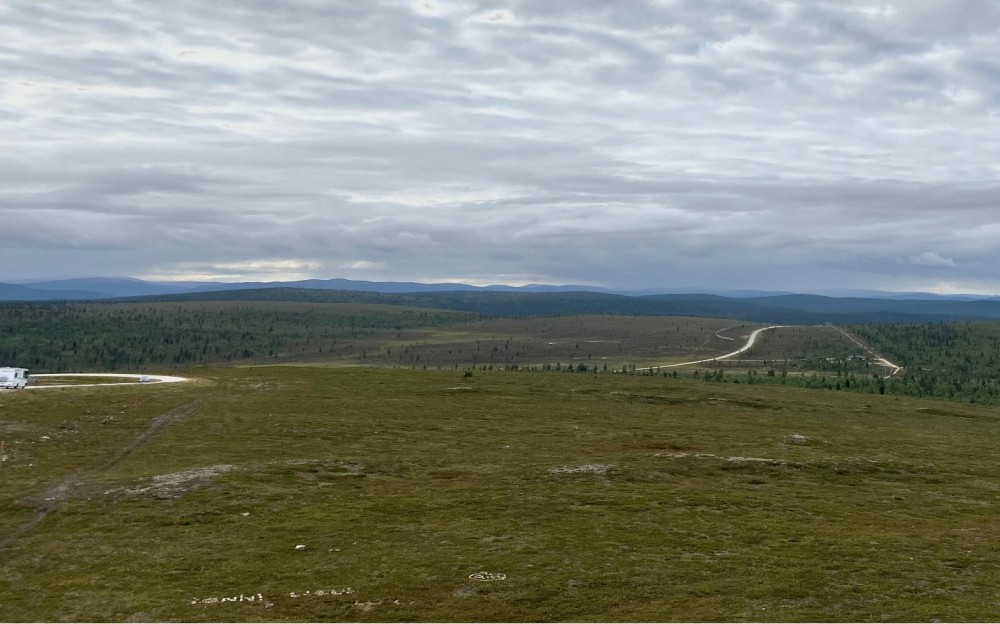 Residents of Inari municipality, northern Finland, were taken by surprise this week, when it was announced that Swedish mining company Arctic Minerals AB had left a reservation notification for large land areas in both Inari and Sodankylä municipalities. The reserved area spans over 3000 square kilometres, over reindeer herding areas and important lakes. This is part of a series of mining conflicts around Lapland - most recently in Enontekiö in Finland and ongoing issue with Nussir copper mine in Repparfjord in northern Norway.

Mining is one of the most conflicting issues in Lapland - on one hand there is a growing need to invest in renewable energies and move away from fossil fuels. On the other hand there is the importance of preserving the unique nature of the North.

The new reservation notification in Inari and Sodankylä does not yet allow the company to conduct any mineral prospecting, but it has already raised concerns in the community. Although mining can bring a lot of jobs to the area, municipal manager of Inari, Toni K Laine, does not see mining as an essential part of the Inari economy. “I find it hard to see how mining industries would fit in with our ‘mighty by nature’ brand or our brand that lies within experiences and nature,” he explains.

According to Laine, there are no plans from Inari municipality to support any mining plans. “Inari municipality does not consider this kind of mining to be favourable - instead, traditional gold digging is positive,” Laine explains, meaning traditional gold digging by hand, which he sees as a part of Inari’s culture and history. “The council has had a clear idea that there will be no mines in Inari,” he continues. Laine explains that the risks in Inari municipality are related to the bodies of water in Inari, as well as land use and culture. Laine goes on to explain that Inari has some of the cleanest natural waters in the world as well as large areas of nature reserves that mining is a threat to. “We also work in the Sámi area where the culture and livelihoods such as hunting, fishing, gathering and reindeer husbandry is important to everyone,” Laine explains.

Jari Natunen, mining specialist for the Finnish Association for Nature Conservation, shares the concern for Finnish waters. According to Natunen, the sizes of mines have increased in the recent years and so have their negative effects: “If previously a small lake or pond was ruined, now the problems are tens or thousands of times bigger, which means that they can ruin large lakes and bodies of water,” Natunen explains. According to Natunen, the current systems that are in place to prevent these issues will work for a maximum of 300 years - after that, all of the problems are let loose.

And this is no small problem - Natunen explains that one million kilos of nickel, which is used in the batteries of electric cars, produces 50 million kilos of dangerous mining waste. “It is a ticking time bomb that mines are creating — and dismantling that bomb would cost billions and would make mining unprofitable,” he says. In addition, Natunen explains that the officials do not understand the sensitive nature of reindeer husbandry or the local nature.

Natunen himself believes that the public outcry seen in Enontekiö in the last year has likely done the trick and it is highly likely there will not be a mine there in the future. Furthermore, Laine explains that it is currently almost impossible to set up mines in municipalities where there is no support from the local council or the local people. “I am not aware of any mining projects in Finland where the municipality would not have stood behind the project,’ Laine explains. ‘Setting up a mine and running it relies heavily on the support of the local community,” he continues.

Laine mentions that he is especially waiting for the changes to Finnish mining laws - a reform to the Mining Act is underway and would give the municipalities more control over their land use, better the level of nature protection as well as bettering the prerequisite for operation for mining companies. The previous law is from 2011 and the new reform was fueled by a citizen’s initiative that gathered 58 000 signatures. “The new reform promises municipalities a stronger role in enabling or prohibiting mining,” Laine explains. “I see mines as any other large-scale issues with land use and these should be decided on in the municipalities, since this is where the effects are seen,” he continues.

Laine says that he has not heard of any larger movements that would be in favour of mining projects in the municipality. The local culture and nature is important to everyone in the municipality; “I think that the local community weighs in the pros and cons, what economical benefits there could be and what are the risks,” Laine says. “I think this is created through political and democratic dialogue and the conversation needs to look at all of the perspectives,” he continues. Laine goes on to explain that he is not against all mining, but thinks that there is no place for one in Inari.

Laine does recognise the so-called ‘not in my backyard’ (often shortened as NIMBY) phenomena where residents of an area oppose any development in their area, often characterised by the fact that opposers would not be against the idea if it was taking place further away from them.

“The world and industries require metals and we all use gadgets that require these, but in Inari we have analysed the risks,” Laine says, pointing out the importance of the pristine nature and waters in the area. Mining specialist Natunen claims that the cost of the metals is being partly paid by the residents of Lapland and the northern nature. He illustrates this issue and explains that if every person in Finland would receive an even amount of the annual mining waste from one of the biggest mines in Finland, Talvivaara, that would mean approximately 10 tons of waste to every person’s backyard. In thirty years, that would be 300 tons of waste per person. “People should have information on what the effects actually are,” Natunen says.

When it comes to the recently announced mining exploration reservation notification,  municipal manager Laine was also surprised by this announcement and understands the concerns of the community. “I do not see any cause for worry as of yet,” he explains. Laine is hopeful that by the time any causes for concern would materialise, the new mining laws would be in place. “This kind of mineral exploration in such early stages mean they are just reserving large land areas so that no competitors have access to them,” Laine explains. The journey from exploration to mineral prospecting and further to an actual mine is very long. “I think it is most important now that we can move forward with the Mining Act reform — and local communities would have a chance to decide if they want mines in their areas or not,” he concludes.

“Perhaps in the future there is a way to mine minerals so that it will not leave any kind of marks on the land or reflect on nature,” Laine ponders. “Maybe it is better to leave the minerals to the ground until then.”