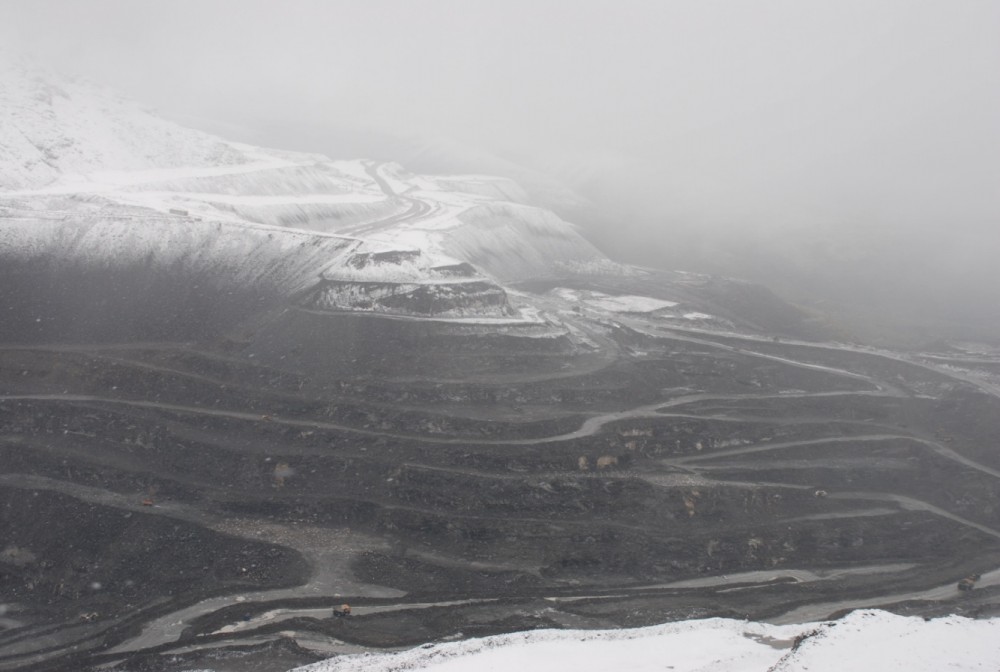 Eurasian Mining Plc teams up with state company Rosgeo for the development of a new far northern 'global center' for mining of metals. The new mines will be located on vulnerable Arctic lands near a nature reserve.
Read in Russian | Читать по-русски
By

After more than a decade of planning, the UK-based company now looks set to kick off the development of large metals resources of its Monchetundra licenses. In March this year year, the company joined forces with state enterprise Rosgeo to prepare the ground for extraction and processing of nickel, cobalt and copper.

The area has the potential to become “a new global center for platinum metals,” the companies explain. The Monchetundra is a mountain range located on the western side of the Imandra Lake near the city of Monchegorsk. On the eastern side of the lake is the Khibiny nature reserve.

Monchegorsk is from before a heavily industrialised town managed by mining and metallurgy company Nornickel.

In mid-December, the two companies’ joint venture Terskaya Ore Company signed an agreement with the Development Corporation for the Far East and Arctic, a state business development agency under the Ministry of the Far East and Arctic. According to the company, up to 3,15 billion rubles (€37.7 million) of investments are now underway, and more than 380 new jobs will be created.

“The agreement provides support to our existing projects in the Kola Pensinsula, as well as future projects that Eurasia [Mining PLC] could undertake in the Arctic,” Nieuwenhuys underlines in a comment.

Ultimately, up to nine open pits could be built in the area and annual extraction could amount to several million tons of ore. First in the line is the Nyud project, the company informs. A new processing plant with an annual production capacity of more than 1,7 million tons is under planning. Among investors is Chinese state company Sinosteel.

The area holds large volumes of nickel, cobalt and copper, as well platinum and palladium. The rapid development of renewable energy industries is a driving force behind the project.

The resource potential in the area is believed to be up to 400 tons of gold and and platinum, of which about 60 tons are located in the Monchetundra license, RBC reports. The project might be among the most cost-efficient in the world  considering the nearby existing infrastructure and the open pit extraction.

Eurasia Mining has been planning the development of the Monchetundra resources since the early 2000s. For several years it cooperated closely with the Anglo Platinum. In 2014, it took over control over the licenses.

The major development plans in the area area likely to be undertaken in coordination with Nornickel and its regional subsidiary Severonickel.

It has not been a smooth process for Eurasia Mining. For years, the company struggled with major deficits and in 2019 put itself up for sale.  That same year, mining consultant Aleksei Churakov was hired and cooperation was subsequently established with South African Lesego Platinum.

James Nieuwenhuys himself comes from the post as CEO of Lesego Platinum. He has also worked for the Russian mining company Polyus Gold.