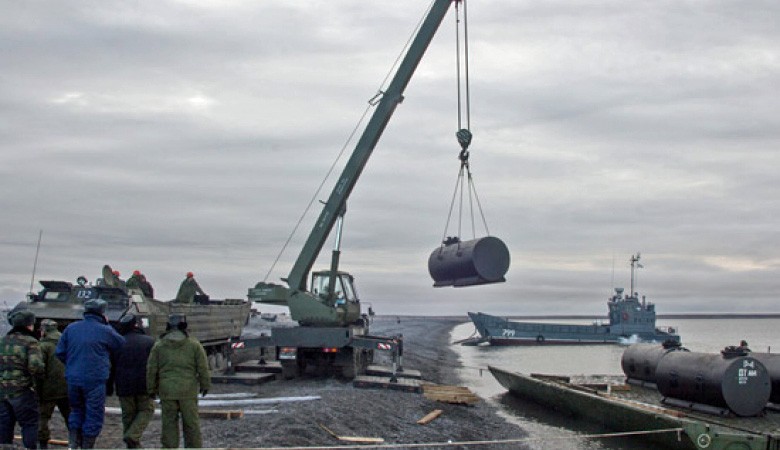 Northern Fleet personnel will be removing more than 2,000 tons of scrap metal from islands in the Arctic this summer.
By

Special units will be removing 2000 tons of empty barrels and other scrap metal from remote Arctic islands this summer, military prosecutor of the Northern Fleet Andrey Popov says to RIA Novosti.

According to Popov, last year personnel from the fleet collected 1,500 tons of garbage from the islands.

Russia is in the process of building new bases or re-opening old Soviet bases on several Arctic islands.

Personnel from the Northern Fleet has started cleaning the Arctic island of Kotelny of empty fuel barrels and other garbage left there by troops over the years.

Thirty people from the Northen Fleet’s unit for logistics management recently arrived on Kotelny in the New Siberian Islands to continue collecting barrels and other garbage from the Soviet times, according to the fleet’s press spokesman Vadim Serga.

The work started last year, when more than 600 tons of scrap metal was transported from the island to the main land for utilization. It is estimated that soviet troops over the years left 120,000 200-liters barrels on the island, SeverPost reports.

According to military prosecutor of the Northern Fleet Andrey Popov, all current military construction projects in the Arctic have now gone through environmental impact assessment processes.

There are 41 state projects on construction and reconstruction going on right now in the Arctic. They have a total price tag of more than 55 billion rubels.