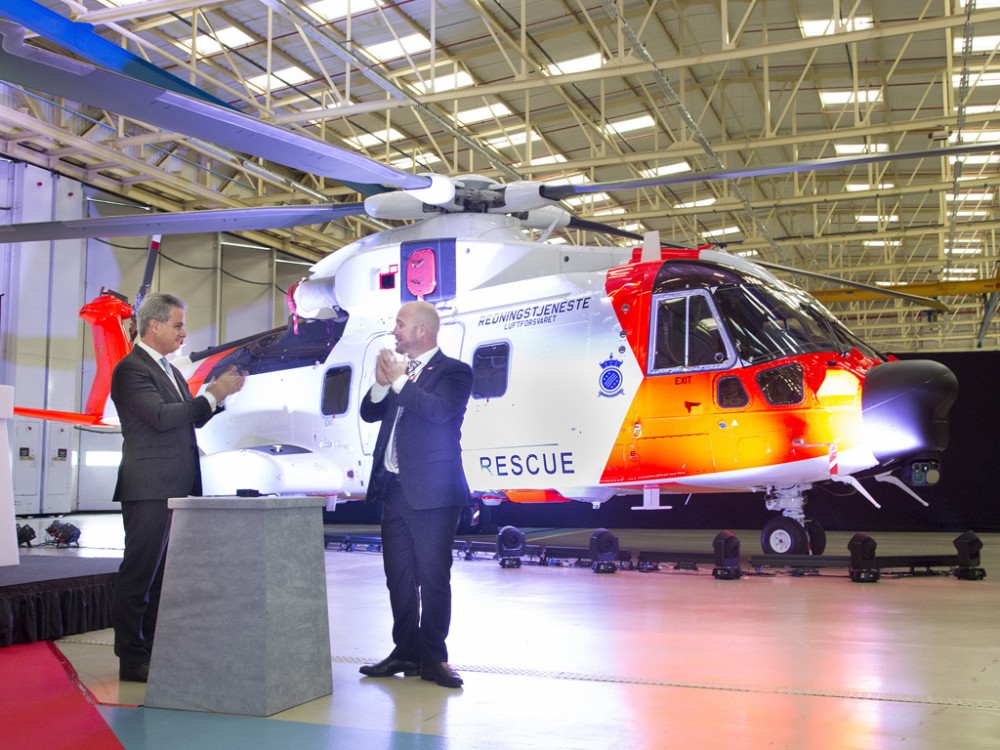 The first AW101 rescue helicopter painted in Norwegian colours has been presented. By 2020 Norway will have 16 of the advanced aircraft ready for service.
By

“This roll out ceremony marks the accomplishment of a very important milestone. The helicopter that will be an important and crucial resource for the Norwegian rescue service is now complete and ready for testing,” Anundsen said during the ceremony, a press release from Leonardo Helicopters reads.

Norway signed a contract for 16 AW101s in December 2013. Deliveries to the Norwegian Air Force, who will fly and operate the helicopters, will start in March 2017 and continue through to 2020. The first helicopters will be based at Sola Air Station outside Stavanger.

The new helicopters will replace Norway’s Sea King helicopters. They have proven to be an important asset, especially in Arctic conditions, and have been involved in more than 38,000 rescue missions since they were taken into service in 1973.

According to the producer, the latest version of the AW101 can claim to the world’s most capable and advanced SAR helicopter. They are the first to be equipped with the Osprey AESA radar, which is a lightweight airborne surveillance radar that provides a 360° field-of-view for crews without moving parts. Other equipment includes a four-axis digital Automatic Flight Control System, two rescue hoists, searchlight, electro optical device, mobile telephone detection system and a fully integrated avionics and mission system.

“With the AW101 we will get a capacity with extremely high performance and modern technology. In combination with our particularly talented crews, it will give Norway one of the world’s best search and rescue capabilities,” Inspector General of the Air Force Major General Per-Egil Rygg says to the Armed Forces’ website.