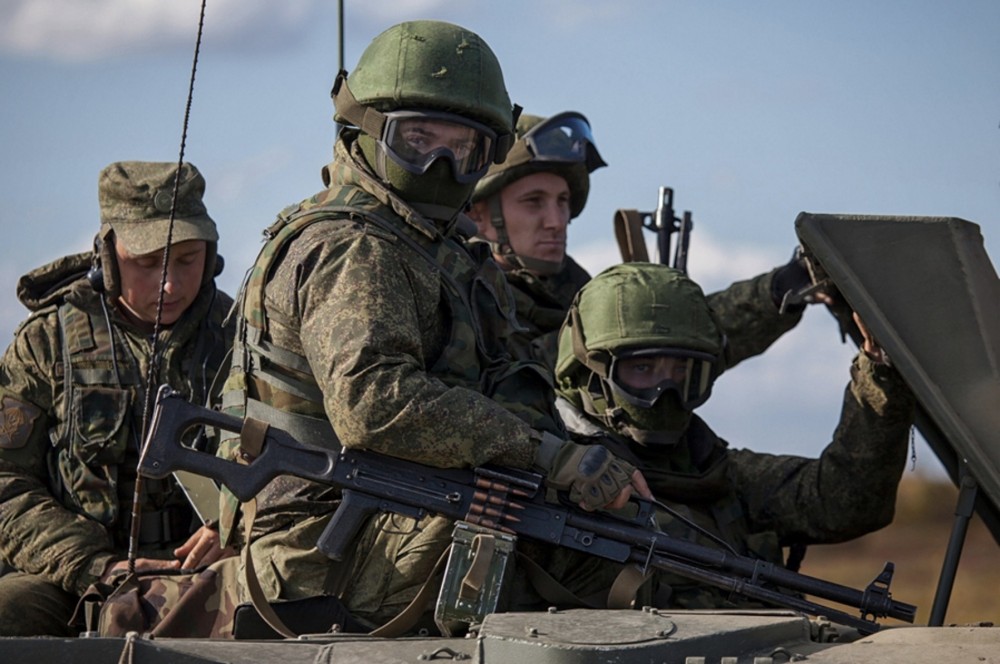 Russia’s Arctic elite forces launch their first ever major exercise in the remote archipelago.
Read in Russian | Читать по-русски
By

About 100 soldiers and 11 vehicles were put ashore as the «Kondopoga» landing vessel last week arrived in the Aleksandra island, one of the main islands in Russia’s northernmost archipelago. Next by was the «Vizir», the Northern Fleet’s hydrographic vessel, the Russian Navy informs.

It is the first time that the Russian Arctic Brigade engages in a major drill in the Franz Josef Land. In 2015, the Arctic elite forces were training in Kotelny in the New Siberian Islands, the Taimyr Peninsula and in Novaya Zemlya.

Among the vehicles applied in the exercise are armored personnel carriers BTR-82A, amphibious vehicles MT-LBV, snow and swamp-going vehicles, as well as trucks type KamAZ and Ural.

A key part of the exercise is the protection of the new military base on the island. That includes the local airfield and the 14,000 square meter big Arctic Trefoil, a housing and administration complex which can provide autonomous living for 150 people for up to 18 months.

On their way to the Alexandra Island, the soldiers conducted disembarking from helicopter at the island of Golomyanny in Severnaya Zemlya and on the coast of Cape Chelyuskin, a press release from the Northern Fleet informs.