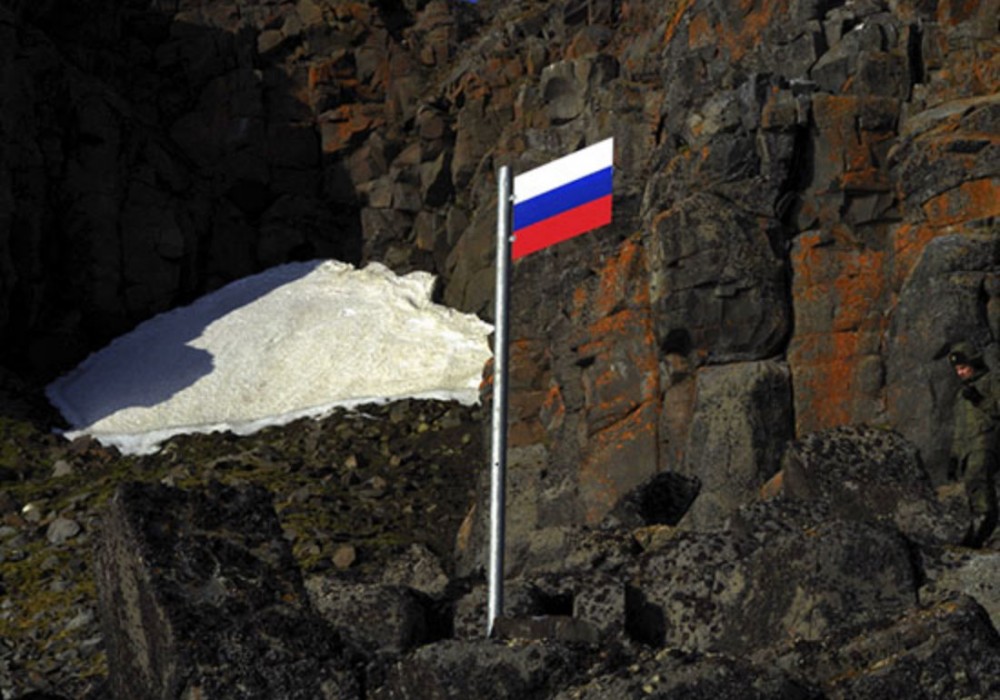 The flag and flagpole erected on Cape Fligeli symbolizes our urge towards peaceful exploration and development of the Arctic, the country’s Northern Fleet says.
Read in Russian | Читать по-русски
By

The installation made in steel is built on the northernmost piece of land in the Russian Arctic. Cape Fligeli is situated on 81.5 degrees North on the island of Rudolf, the remote archipelago of Franz Josef Land.

North of the cape is nothing but desolate Arctic waters.

The flag was raised during a military expedition this month. It is the third flag of the kind installed in the archipelago as part of the Northern Fleet’s so-called historical-patriotic expedition to the area.

«In the current time period, the erection of the Russian flag on Franz Josef Land by sailors from the Northern Fleet sybolizes Russia’s aspiration towards peaceful exploration and development of the Arctic,» the Russian Armed Forces inform.

The expedition named «Three Flags over the Archipelago» was organized to mark the 145 year anniversary since the discovery of the island. It was the Austrian explorer Julius von Payer that in in 1874 discovered the island that later was named the Rudolf Island.

The expedition was a joint initiative of the Navy and the Russian Geographical Society. It took place under very difficult weather conditions, the Northern Fleet informs.

The flag is not the only symbolic installation on the island of Rudolf. In 2003, Russian Orthodox pilgrims planted a 300 kilogram heavy cross made of larch wood on site.