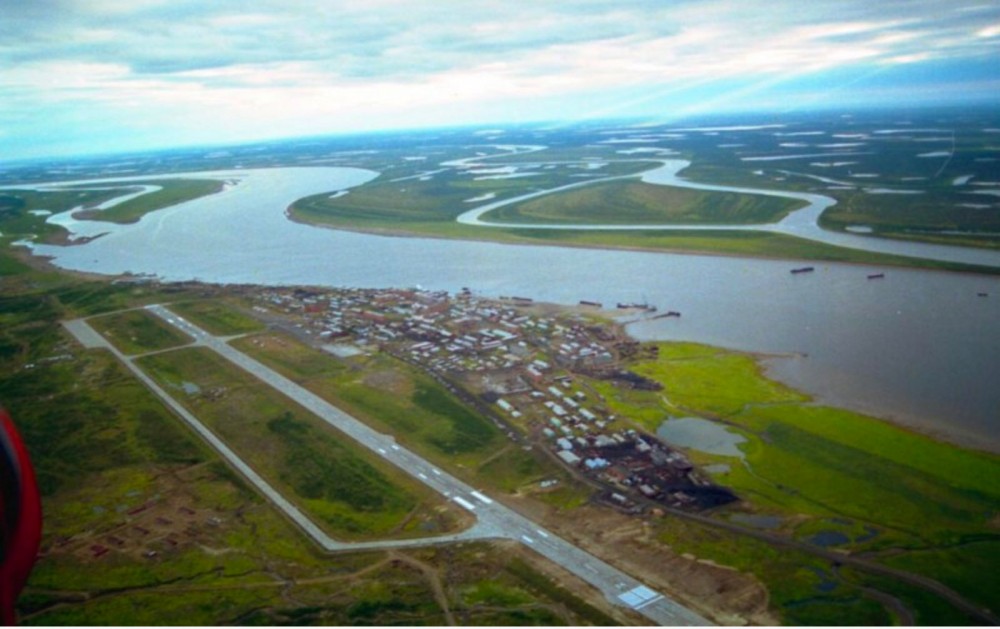 Khatanga is located in the Taymyr Peninsula at 71 degrees North. Photo: Krasavia.ru

Local authorities in Khatanga aims for the development of a tourism route to the top of the world.
Read in Russian | Читать по-русски
By

Municipal Mayor Yevgeny Vershinin confirms that preparations are underway and that the first test tours can be made in 2020.

The plan is to make Khatanga a transit hub for travelers to the North Pole.

«Considering the complicated logistics, this issue is difficult, but pretty promising,» Vershinin says in a comment published on the local government website.

«Khatanga will become a transit point where we will do the preparations and then bring people to the North Pole,» he explains.

The small town is situated at 71 degrees North and is one of the northernmost settlements in Russia. It has a population of about 2,600.

Local mayor Vershinin is confident that it will be a success and that the capacity will be between 300-500 tourists per season.

«The period of visit is small - only 1,5-2 months, but I am confident that this destination will become very popular.»

According to Vershinin, the new tourism initiative is developed on the request of regional Krasnoyarsk Governor Aleksandr Uss.

It is not the first time that regional authorities announce great plans for development of Arctic tourism. In 2016, the region’s deputy cultural minister announced that the settlement in the future could replace Longyearbyen, the Norwegian town on Svalbard, as preferred pitstop on the way to the North Pole.

Khatanga is believed to be one of the most suited sites on the Russian mainland for Arctic expeditions. It has previously been used as transit point for North Pole tours. For several years, helicopters made pit stops in the far northern town on their way from Krasnoyarsk to the North Pole. The helicopters were crucial in finding suitable ice floes for the drifting Barneo ice camps.

Khatanga has one of the biggest airports in the Russian Arctic. The runway can handle medium-range aircrafts type Tu-154 and heavy transport planes of the type Il-76.

The local runway reportedly got a facelift in 2008-2009. The other parts of the airport is ramshackle. The terminal building was built in 1954, then as a temporary facility, and can hardly any longer be used by passengers.