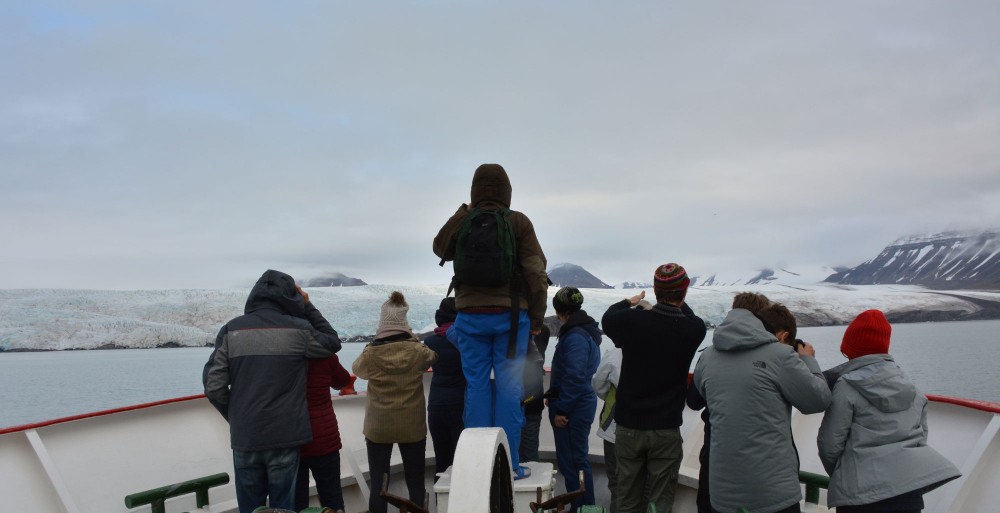 The «Silver Explorer» gets escort by a Russian icebreaker as it launches its ice edge cruising through Russian Arctic waters.
Read in Russian | Читать по-русски
By

The 108 meter long cruise vessel on 14th August got company from icebreaker «Novorossiisk» as it made it into the Chukchi Sea. The icebreaker will escort the ship through the Northern Sea Route all the way to the Kara Sea.

The escort will last for two weeks, ship operator Rosmorport informs. The “Silver Explorer” will subsequently proceed to Tromsø, Norway.

The ice sheet in the area is rapidly retreating, but conditions remain highly complicating for shipping. According to data from the Russian Arctic and Antarctic Institute, parts of the East Siberian Sea in the days 11-13th August still had up to 2 meter thick ice. Both the Laptev Sea and Kara Sea are now mostly ice-free.

The luxury voyage started in Nome, Alaska, and ends in Tromsø. It comes with a price. The voyage across the Northern Sea Route costs from €33,480 per person.

«This is your chance to become the polar pioneer you have always dreamt of,» says the tempting promotion on Silversea Expeditions’ portal, listing famous explorers who have sailed part of the same route; Nansen, Nordenskiöld, DeLong and Amundsen.

The 25 days long voyage will sail as far north as the ice allows. The company calls it “ice edge cruising”.

Cruise company Silversea in 2020 intends to circumnavigate the entire Arctic.

The «Silver Explorer» expedition cruise ship is designed specifically for navigating in some of the world’s most remote waters, including polar regions. It has a 1A ice-class hull and can push through icy waters.

The ship was built in Finland in 1989 and operated under several names before being acquired by Silversea Cruises in 2007. It subsequently underwent a multimillion-euro refit.

The Arctic is increasingly a priority region of the cruise companies and at least 26 expedition ships will in 2020 offer voyages only to the northern and eastern icy waters of Norway’s archipelago of Svalbard.

In addition comes the larger cruise vessels, some of them with thousands of passengers.