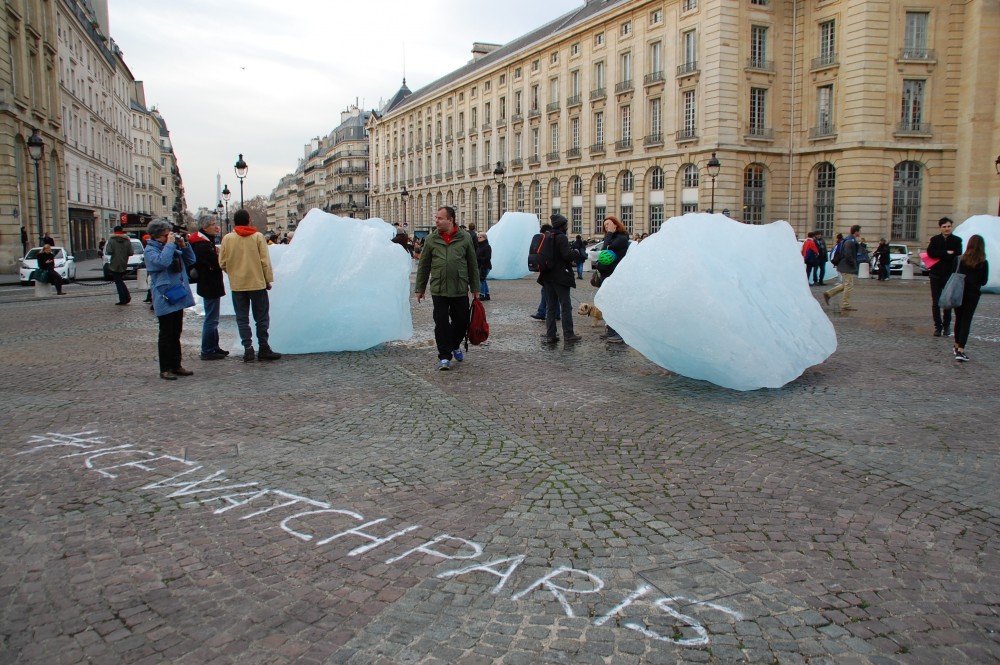 PARIS. The art installation Ice Watch is one of the latest additions to the many initiatives for raising awareness about climate change during COP21.
By

The Danish artist Olafur Eliasson has placed twelve enormous blocks of Greenlandic ice on Place de Panthéon to melt away during the climate conference.

“The climate situation as such is not an abstract one”, he says to Swedish Radio. “It’s actually a real one, a pragmatic one, it’s one that you can touch with your hands.” The audience seems to have grasped at least the latter and feel the melting ice with great interest.

The total of 80 tons of ice is blocks that have fallen from icebergs and it has taken a week to transport them to the French capital. Initially, the ice blocks were expected to last throughout the entire conference, but according to one of the staff of the artist’s team they have already diminished significantly only this first day and will hopefully last at least one week.

It is clearly not only academics and political leaders who have brought climate change on the agenda. Ice Watch is only one of many art projects that explore climate change and for the occasion of the climate conference, the global climate festival ArtCop21 has been set up by the French organision COAL and UK based Cape Farewell and has a programme of over 290 events taking place in 34 countries.