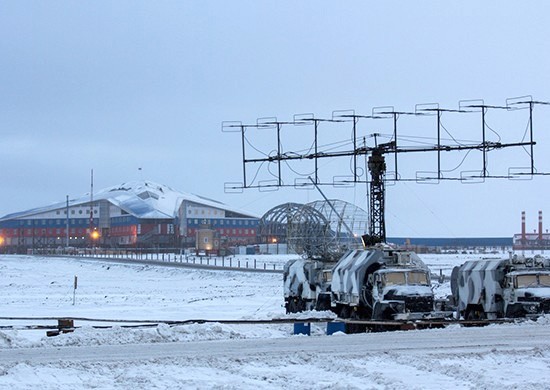 More conflict between polar bears and humans as Russia builds a series of military bases in remote Arctic. Photo: Mil.ru

A leading Russian expert on polar bears is dismissed after criticizing his country’s construction of a military base in the middle of an Arctic nature reserve.
By

Anatoly Kochnev, leader of the research unit at the Bering National Park (zapovednik), is requested to leave his position after he recently expressed critical views over the current military buildup in the Wrangel Island in the Russian east Arctic, photographer Mikhail Korostelev writes on his blog.

Kochnev is regarded as a leading Russian expert on polar bears.

In a recent comment about last month’s brutal killing of a polar bear at the Wrangel Island, Kochnev underlined that the blame must be put not only on the killer of the bear, reportedly a cook at the local military base currently under construction, but also on the Russian authorities responsible for the military buildup.

According to Kochnev, a biologist, the development of major military bases in Russian Arctic achipelagoes inevitably leads to a growing conflict level between people and the polar bear populations. As previously reported, Russia is in the process of building several major new bases in the Arctic, among them in Franz Josef Land, the New Siberian Islands and the Wrangel Island.

”The minister of natural resources is himself to blame [for the killing of the polar bear]”, Kochnev underlines in his article. ”Afterall, with his consent, they last year started to build a military base in the middle of the Wrangel reserve and our couragous Arctic troops conducted rehersals [there]”, he says.

”You should never build military bases in natural reserves!”, the researcher stresses.

Kochnev’s blog comment came after a YouTube video showing the brutal killing of a polar bear attracted wide-spread attention on the web. In the video, construction workers at the island first feed the bear and then gives it a box of explosives which is swallowed and subsequently explodes in the intestines of the animal.

According to the bear expert, measures should be taken to prevent conflicts between the military men and the polar bears. Among them is the construction of solid fences around the camps, he suggests in a blog post.

Studies conducted by Kochnev and his colleagues show a major increase in conflict situations between humans and bears in the eastermost part of the Russian Arctic. While the number of reported incidents were zero in the period 1992-1996, the number in 2012 alone was 16, of which two had a tragic ending for the people involved.

A military base and air field in the Wrangel Island were built soon after the end of the 2WW. It was abandoned in the 1970s. Then, in 2014, the military men returned to the site. It is the company Rusalians which is constructing the base for the Ministry of Defence.