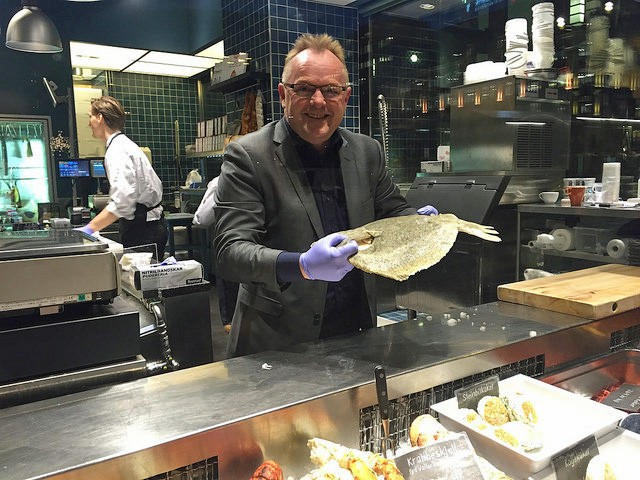 Minister of Fisheries Per Sandberg opens for production of fish on Svalbard. Photo: Regjeringen.no

Changes in Norwegian law give possibilities to open the world´s northernmost plant for fish landing on the Arctic archipelago of Svalbard.

On January 8, changes in the Marine Resources Act came into force. The act, which regulates catching, landing, transportation, production and sale of fish and other marine resources, had previously only applied to the mainland of Norway, but is now expanded to include Svalbard, the Ministry of Fisheries´ website reads.

“It is important to facilitate so that new industries on Svalbard will have the same good conditions as industries on the mainland, and we can keep control over what resources are being extracted,” Minister of Fisheries Per Sandberg says.

A plant for landing of fish could be important for employment in the local community of Longyearbyen. The coal mining company Store Norske in September last year halted most of its production because of low coal prices, and the local authorities have been searching for new opportunities since then.

“This is really good news for Svalbard,” Deputy Head of the Longyearbyen Community Council Eirik Berger says to Svalbardposten. “The fishery industry has the right dimensions to take over after Store Norske, “ he says and adds that several fishery companies have expressed interest in opening up business on Svalbard.