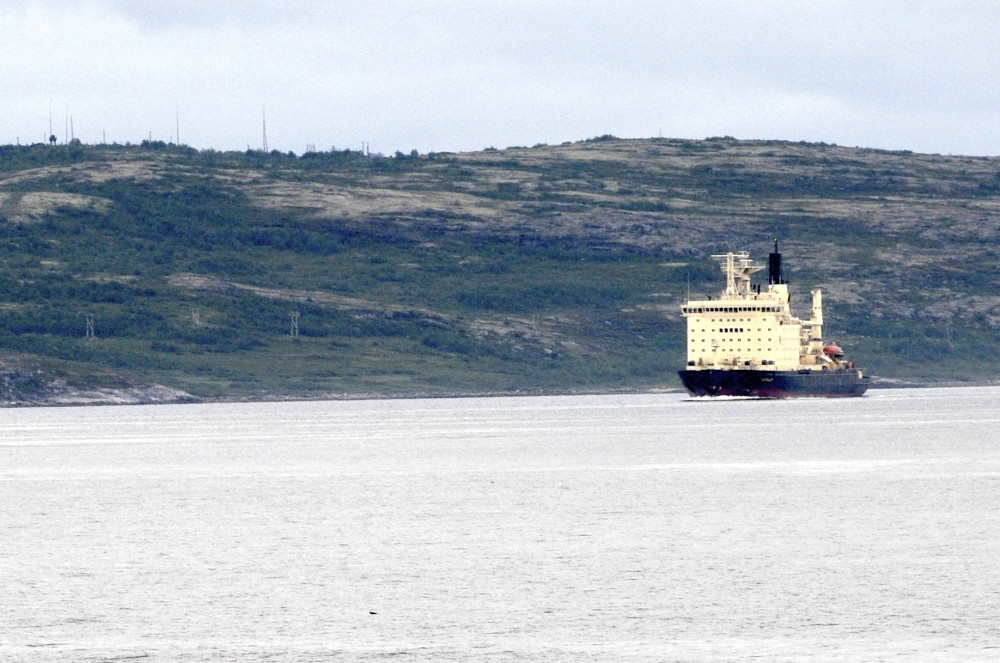 Ice-conditions are normally starting to become severe in late December along the north coast of Siberia. But, little is normal with the climate in the Arctic anymore. Open waters and thin ice made it possible to set new record en route.

The Murmansk-based nuclear powered icebreaker “Vaigach” completed the voyage from Cape Dezhnev in the Bering Strait to the White Sea faster than any vessel ever has done. Starting on December 17th, “Vaigach” arrived at her destination in the White Sea on December 25, Rosatomflot in Murmansk reports.

Captain on the bridge, Leonid Irlitsy says the icebreaker had an average speed of 12 knots en route.

“Vaigach” has a single reactor powering the three shafts with 12,000 kW (16,000 hp). Built for the Soviet Union by Finland, the vessel was commissioned in 1989. She normally breaks the ice in the shallow waters from the port of Dudinka to the Kara Sea.

Walt Meier is research scientist for NASA and co-author of NOAA’s 2015 Arctic Report Card on Sea Ice. He says to the KNOM Radio in Nome (Alaska) that the Vaygach’s successful transit is a sign of changing ice conditions in the Arctic.

“Doing it this late in the year is pretty unusual and is an indication that the ice is pretty thin,” Meier explained, adding, “they have confidence that they can get through without too much trouble.”

The distance from the Bering Strait to the White Sea is some 2,250 nautical miles.

For the rest of the winter season, “Vaigach” will be operating in the Kara Sea and in the waters to the port of Sabetta on the east coast of the Yamal Peninsula, according to Rosatomflot.