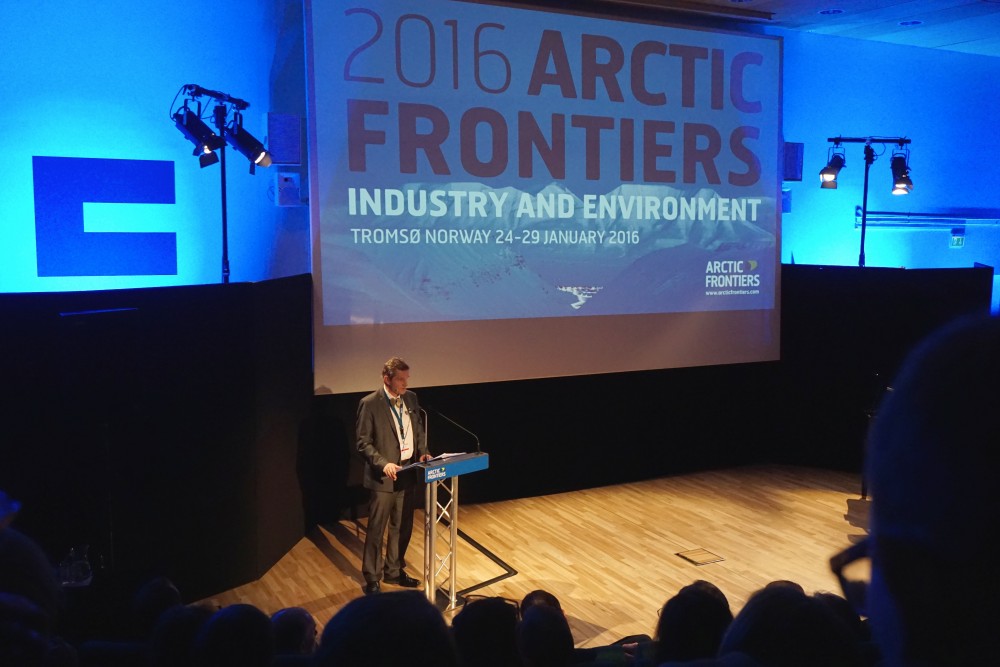 More than 1,400 delegates from around the globe are gathered in Tromsø this week to discuss the balance between the hunt for resources and the need for environmental protection of the Arctic.
By

The 10th anniversary conference is entitled “Industry and Environment” and had its kick-off Sunday evening with presentations of different ways to gather scientific data on geology and climate changes on the ice itself in the high Arctic.

A key question in Tromsø will be how to envies a well-planned, well-governed sustainable development in the Arctic in times of industrial expansion. The conference gathers politicians, researchers and businesses and will last for the whole week.

2015 was the warmest year on record on the globe and the Arctic sea ice is becoming thinner year-by-year. Tromsø is the home for some of the most experienced Arctic climate researcher both with the Norwegian Polar Institute, the world’s northernmost university and other natural science institutes.

On Monday, both Norway’s Foreign Minister Børge Brende, Finland’s Foreign Minister Timo Soini, Sweden’s Ministers of Strategic Development, Kristina Persson and Foreign Minister of Slovakia, Miroslav Lajcák are among the speakers. The United States, currently holding the chairmanship of the Arctic Council, is represented by Admiral Robert j. Papp, the country’s Special representative for the Arctic.

The 2016 Arctic Frontiers is the 10th annual conference that over the years has developed to become ne of the most important meeting points for people interested of issues in the cross-road between geopolitics, research and resource developments in the high north.

The Independent Barents Observer is attending the conferance.