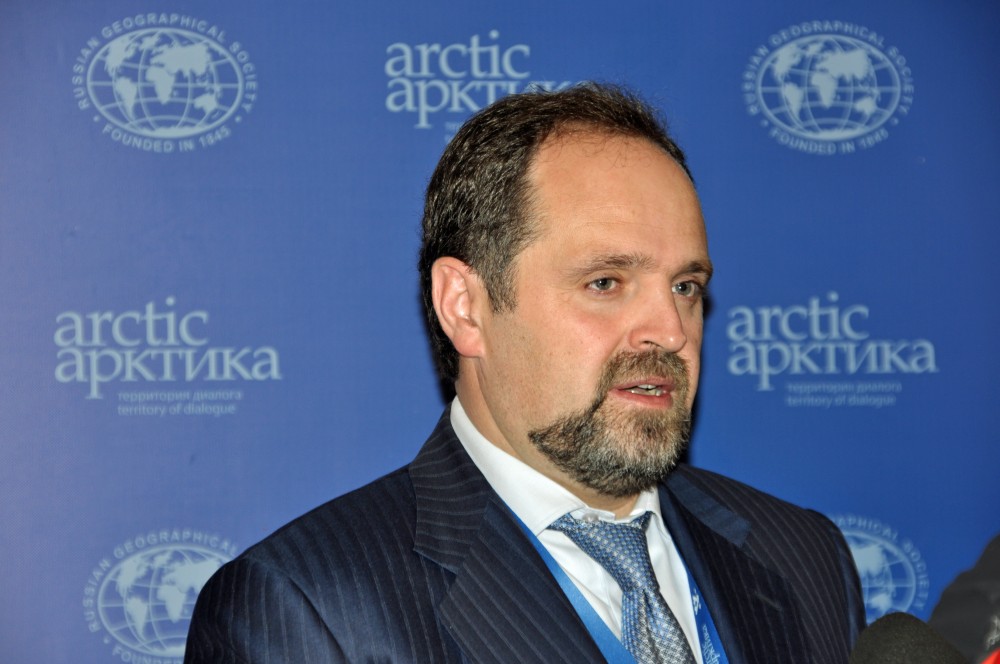 Russian Minister of Resources and Ecology Sergey Donskoy will travel to New York to present the claim to the UN. Photo: Trude Pettersen

Russia will present its to claim to extend the borders of its continental shelf in the Arctic to the UN on February 9.
By

If the claim is fully accepted, Russia will get the right more than 1 million square kilometres of the Arctic seabed.

Russian Minister of Resources and Ecology Sergey Donskoy will travel to New York to present the claim himself in the United Nations headquarters, RIA Novosti reports.

After years of comprehensive research, Russia in August 2015 submitted its claims for additional territories in the Arctic. The claim includes both the Mendeleev and Lomonosov Ridges, two major structures beneath the Arctic Ocean.

“… the claim determining the outer borders of the continental shelf in the Arctic Ocean is based on the scientific understanding that the central Arctic underwater ridges, among them the Lomonosov, Medeleev, Alfa and Chukotskoye Heights, as well as the in between basins of Podvodnikov and Chukotskaya, have a continental character”, an official statement, referred to by RIA Novosti, reads.

Russia in 2001 made a first official submission of its Arctic claims to the UN Commission. However, the Commission in 2002 responded that additional research is needed before a decision can be taken.

Neighboring Norway was in 2009 the first country to get its Arctic territorial claims approved, while Denmark/Greenland submitted a claim in December 2014. That latter claim includes ownership of the North Pole and is consequently in conflict with the Russian claim.

If approved, the Russian claim will expand the country’s territory by 1.2 million square kilometers. Estimates indicate that the area include 594 oil fields and 159 gas fields as well as two major nickel fields and more than 350 gold deposits. Initial recoverable fuel resources are estimated to 258 billion tons of fuel equivalent, representing 60 percent of Russia’s total hydrocarbon resources.