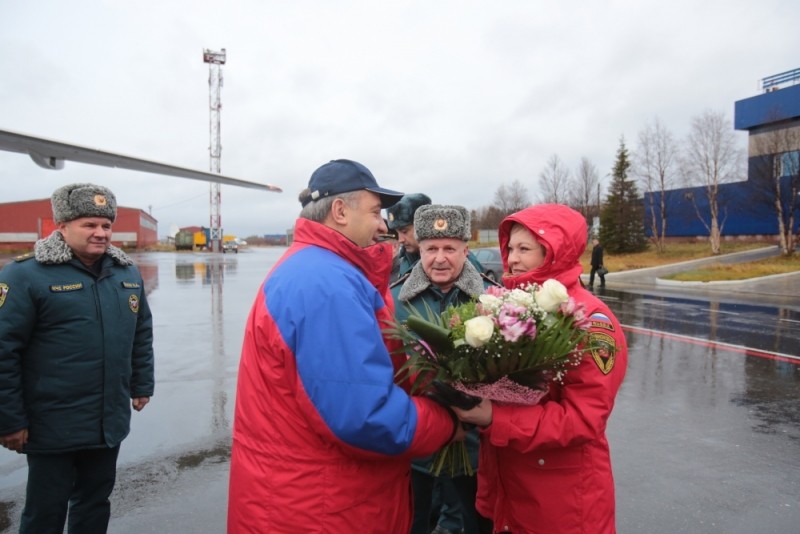 Russia’s Ministry of Emergency Situations moves its headquarters for the Northwestern region from St. Petersburg to Murmansk.
By

“Enough sitting in warm offices, it is time to move to the Arctic and introduce new technologies for rescue,” Minister of Emergency Situations Vladimir Puchkov said at a meeting in the ministry on Tuesday.

In order to improve the efficiency of Russia’s search and rescue centers in the Arctic, Puchkov has ordered the ministry’s regional headquarters to be moved from St. Petersburg to Murmansk, Interfax reports.

The ministry opened a brand new preparedness and rescue center in Murmansk in October 2015. It is not known if the regional headquarters will be located in the same building. The center in Murmansk is one of ten search and rescue centers that Russia plans to build in the Arctic. Four are already operational – Arkhangelsk, Naryan-Mar and Dudinka. Several other centers will be opened in 2016 and 2017, Puchkov says.

The center in Murmansk will be manned by a staff of 65 and have responsibility for the Barents Sea and the White Sea, in addition to the Kola Peninsula. The marine areas cover a total of 702,000 square kilometers.

As ice in the Arctic has been melting and retreating, Russian authorities have increasingly promoted the Northern Sea Route as an upcoming international trade route. In 2015, Prime Minister Dmitry Medvedev and his government adopted a special Northern Sea Route development plan, which outlines a 20 times increase in shipments. By 2030 shipping volumes on the route is to increase to 80 million tons, the government says.

However, while shipping internally on the route has increased significantly the last years, the transit shipments have plunged.