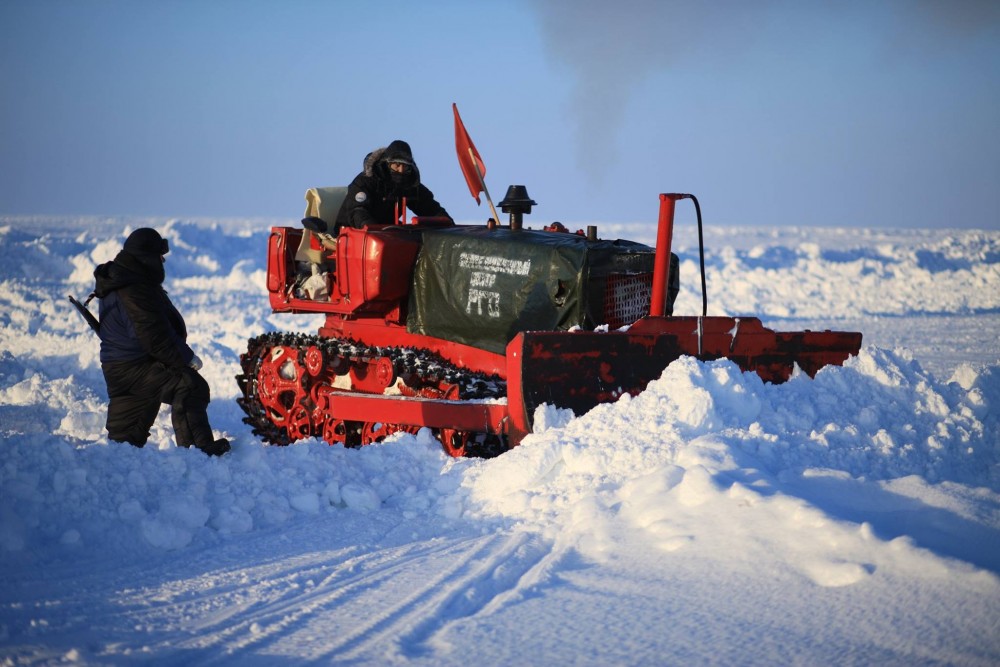 Russia has started preparation for this year’s Bareno camp close to the North Pole, the annual temporary base for scientific research, Arctic expeditions and tourism.
By

The first personnel and equipment for the camp was dropped on an ice floe some 70 kilometers form the North Pole on Saturday, and construction of the runway is well underway, the Russian Geographic Society’s Expedition Center reports.

The temporary ice camp has been put up around this time of the year annually since 2002. The ice base is sponsored by the Russian Geographical Society and normally lasts for the month of April. It is used as a base for scientific research and for expeditions to the North Pole, and has during the last years become a more and more popular destination for tourists.

The camp has a 1200 meters long and 40 meters wide runway capable of receiving An-74 airplanes. The more than 250 persons visiting Barneo during the season have 12 heated living modules and all needed basic infrastructure.

Military exercises
For the last two years, Russia has also used ice base Barneo for military purposes. In 2014 more than 90 paratroopers from the Ivanovo-based 98th Airborne Division jumped from an Ilyushin Il-76 airplane onto the ice at Barneo. In 2015, nearly 100 paratroopers from Ivanovo and Pskov divisions together with soldiers from Belarus and Tajikistan landed at 89° north after jumping from planes in -60°C. They established a camp close to Barneo, where they for several days conducted drills on setting up camps in case of emergency situations with vessels on the Northern Sea Route or with planes on transpolar air flights.

Also this year the ice camp will see extended military activity, as Russia´s Airborne Troops are preparing for large drills, including a massive airdrop of troops and cargo on the North Pole, as Independent Barents Observer reported.