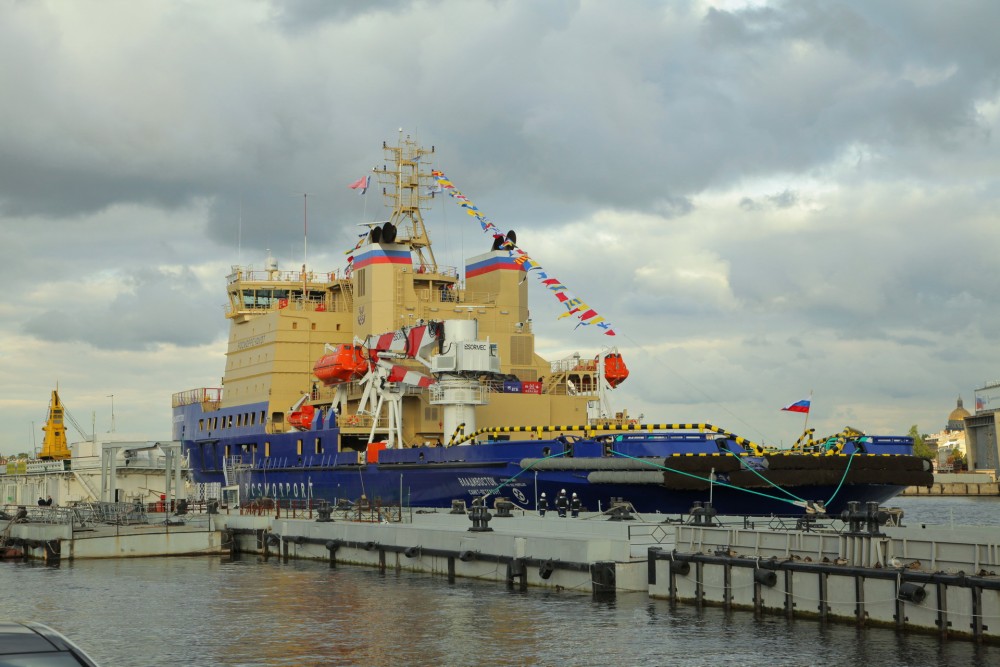 The new “Vladivostok” and “Murmansk” icebreakers (project 21900M) are on the way to Murmansk for trials in Arctic environment. The two diesel-electric icebreakers, built for Rosmorport company at the Vyborg Shipyard, left the Gulf of Finland earlier this week.

In the western sector of Russia’s Arctic waters they will be tested on such indicators as attainable speed in ice and operation of engines and mechanisms.

“We need heavy ice; we will look for ice ridges and thick fast ice. Performance data of the vessels can only be tested in extreme conditions,” Chief Executive of the Shipyard Alexander Solovyov told TASS.

A third icebreaker of this class – “Novorossiysk” – is under construction and should be ready to be handed over to Rosmorport in 2016.

The vessels will mainly be used in the Gulf of Finland and in the White Sea, but also on the Northern Sea Route.

Icebreakers of the 21900 series are capable of breaking 1.5 meters thick ice.

Russia has about 14 new icebreakers of different types under construction. From shallow-draft diesel-electric vessels to the world’s largest and most powerful nuclear-powered icebreaker, “Arktika”.