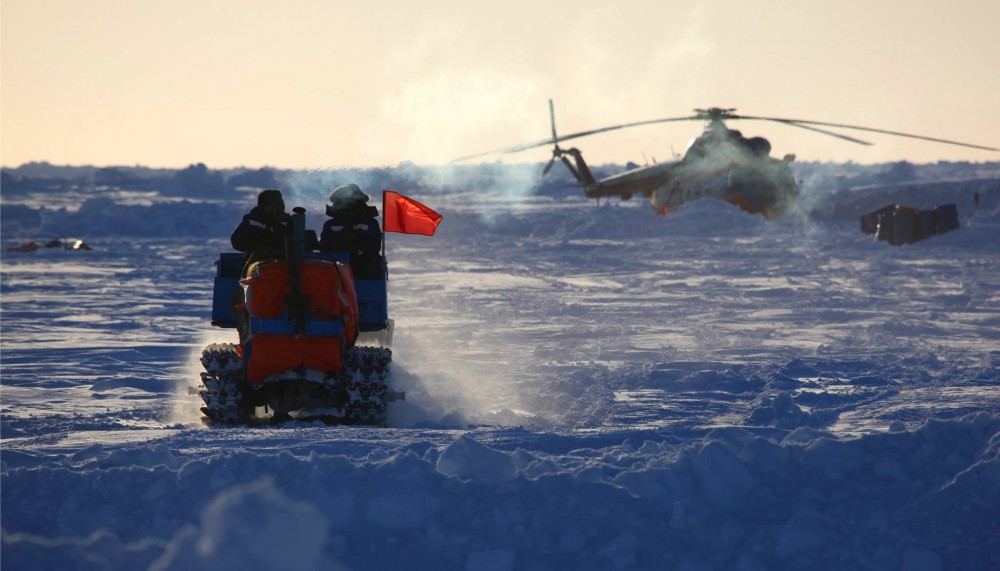 The technicians on Barneo are now looking for another ice floe to put up camp. Photo from Barneo's Facebook profile.

The ice floe where Russia's ice station Barneo is under construction has cracked up, and technicians are now looking for a new place to put up camp.
By

Only 650 meters are left of the 1200 meters long runway which Russian technicians finished preparing on Sunday, Barneo’s Facebook profile reads.

Helicopters have taken off to search for another ice floe, and the technicians are preparing to airdrop tractors to a new location. “We start it all over,” the message on Facebook reads.

The runway for Barneo, which for the coming month will be base for tourism, scientific research and expeditions to the North Pole, was ready on Friday, but already the next day cracks began to appear.

An An-74 airplane from Longyearbyen managed to land on the runway Monday to deliver the first load of cargo for the base. Later an astonishing video of the plane landing on the runway was published. The cracks in the ice are clearly visible.

This winter has been unusually warm in the Arctic. When the Arctic sea ice reached its annual maximum extent in the end of March, it was the lowest winter maximum in satellite record, according to the scientists with the National Snow & Ice Data Center.

The temporary ice camp has been put up around this time of the year annually since 2002. The ice base is sponsored by the Russian Geographical Society and normally lasts for the month of April. It is used as a base for scientific research and for expeditions to the North Pole, and has during the last years become a more and more popular destination for tourists. The more than 250 persons visiting Barneo during the season have 12 heated living modules and all needed basic infrastructure.