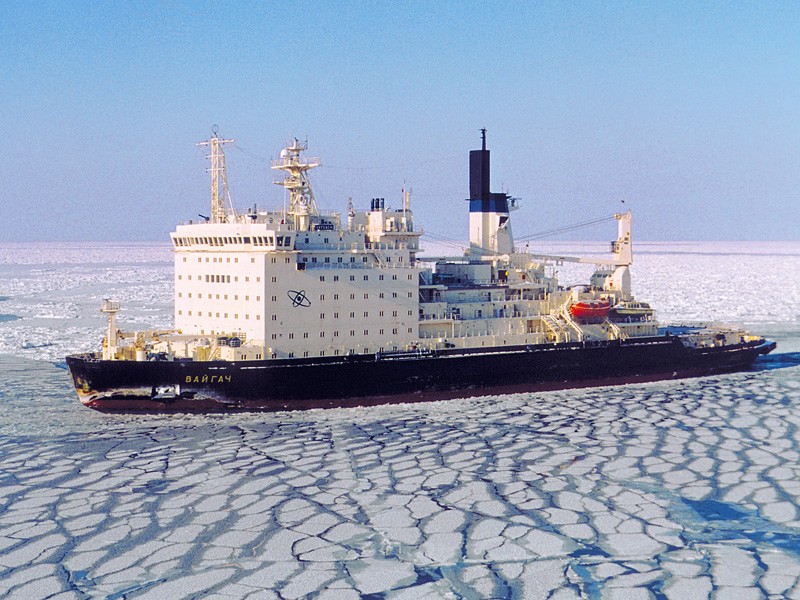 "Vaygach" was built at Wärtsilä Shipyard in Helsinki in 1990. Photo: Rosatomflot

The nuclear icebreaker “Vaygach” will get its lifetime extended to 2023, when new icebreakers will be ready for operations in the Arctic.
By

“Vaygach”, one of Russia’s six operational nuclear icebreakers, will have its nuclear reactor’s lifetime extended from the original 175,000 hours to 200,000 hours, making it capable to operate in Arctic waters for five more years, TASS reports.

“Vaygach” is one of four nuclear icebreakers operated by Rosatomflot. She is a shallow-draught vessel capable of entering the mouth of the Siberian rivers. She has been in service in the Arctic since 1990.

The vessel’s reactor will have spent its resources by the end of 2017. A prolongation will mean that the icebreaker can continue to sail until new icebreakers are commissioned.

As previously reported, Russia is in the process of unfolding a major icebreaker program, which includes both nuclear-powered and conventional diesel-engine vessels. The jewel in the program is the LK-60 (project 22220) icebreaker, which will be able to ship through three meters thick ice. At least two LK-60 vessels are planned built, the first one of them, the «Arktika», is to be ready for service in 2019.