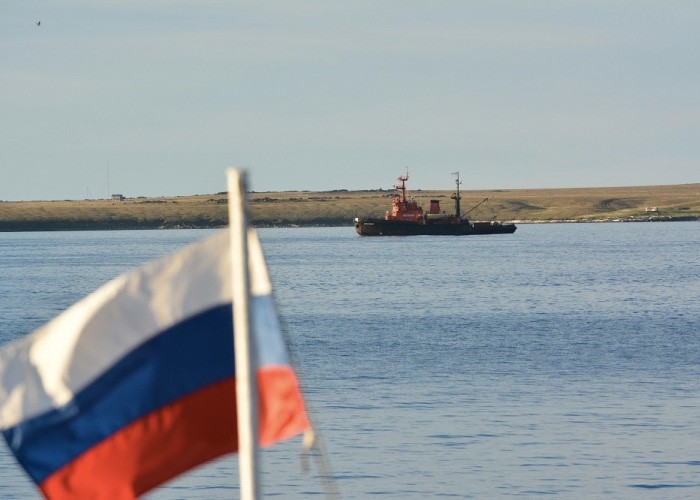 Consequences for marine ecosystems in the entire Arctic Ocean could be extensive, research leader Igor Semiletov says.
By

The study shows that carbon dioxide uptake from the atmosphere is not the major cause of the acidification in the East Siberian Arctic Shelf.

In an article published in the journal Nature Geoscience, the researchers find that discharge of Arctic river water with elevated carbon dioxide concentrations drive the persistent acidification.

The researchers studied the chemical and physical characteristics of East Siberian Arctic waters over 13 years. Using carbon isotopic data and simulations of water sources, they found that degradation of terrestrial organic matter from thawing coastal permafrost and discharge of Arctic river water with elevated carbon dioxide concentrations drive the persistent acidification, a press release from the University of Alaska Fairbanks reads.

A number of great Russian rivers run into the Arctic Ocean, among them are the Ob, the Yenisey, Lena and Kolyma. The waters from these rivers flow into the East Siberian Arctic Shelf and from there further to the central Arctic Ocean.

«The consequences of the effects on marine ecosystems in the entire Arctic Ocean could be extensive,’ Semiletov says in the press release from the University of Alaska Fairbanks.

The paper titled «Acidification of East Siberian Arctic Shelf waters through addition of freshwater and terrestrial carbon» was published in the Nature Geoscience this week. It is authored by Igor Semiletov, a researchers associated with the University of Alaska Fairbanks, the Tomsk Polytechnic University and the Pacific Oceanological Institute of the Russian Academy of Sciences. Part of the research team is also Natalia Shakhova and a host of other researchers, most of them Russian and Swedish.