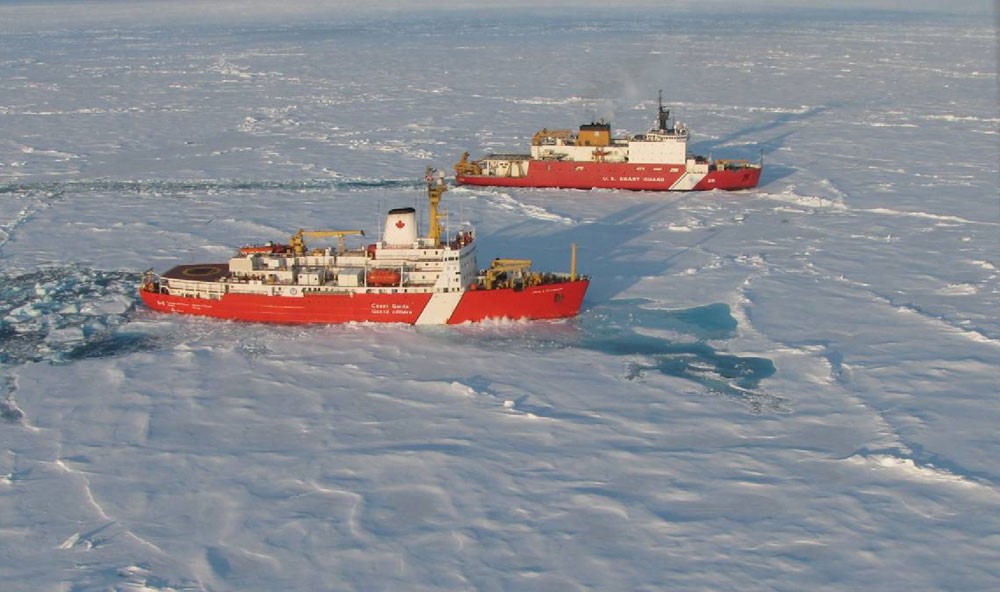 Canada plans to submit its Arctic continental shelf claim in 2018 and it is expected to include the North Pole, overlapping with both Russian and Danish submissions that also claim ownership of the planet’s northernmost point, according to Canadian officials.
By

Under the United Nations Convention on the Law of the Sea (UNCLOS), which Canada ratified in 2003, all coastal states have a continental shelf extending 200 nautical miles (370 km) from coastal baselines. They can also extend their claim by 150 nautical miles (278 km) beyond 200 nautical miles if the shelf is a natural prolongation of their landmass.

However, there are circumstances where a coastal state can claim even further than 350 nautical miles, said Mary-Lynn Dickson, head of Canada’s UNCLOS Program.

Canadian scientists claim that Lomonosov and Alpha-Mendeleyev Ridgesm, underwater mountain ranges stretching under the Arctic Ocean from Canada to Russia, are submarine elevations, thus giving them the right to claim the seabed under the North Pole.

Denmark too has delineated their outer limits extending from Greenland, across the Arctic Ocean, to the 200 nautical mile Exclusive Economic Zone of the Russian Federation, Dickson said.

“We have collected data and we will develop it as best as we can to make scientific case, and we expect that we will overlap with Denmark and Russia,” she said.

“Canada is currently preparing an Arctic submission that is based on science,” said in an email John Babcock, a spokesperson for Global Affairs Canada. “The collection and analysis of scientific data to support the submission is ongoing, with a final survey to be undertaken later this summer, in collaboration with Sweden and Denmark.”