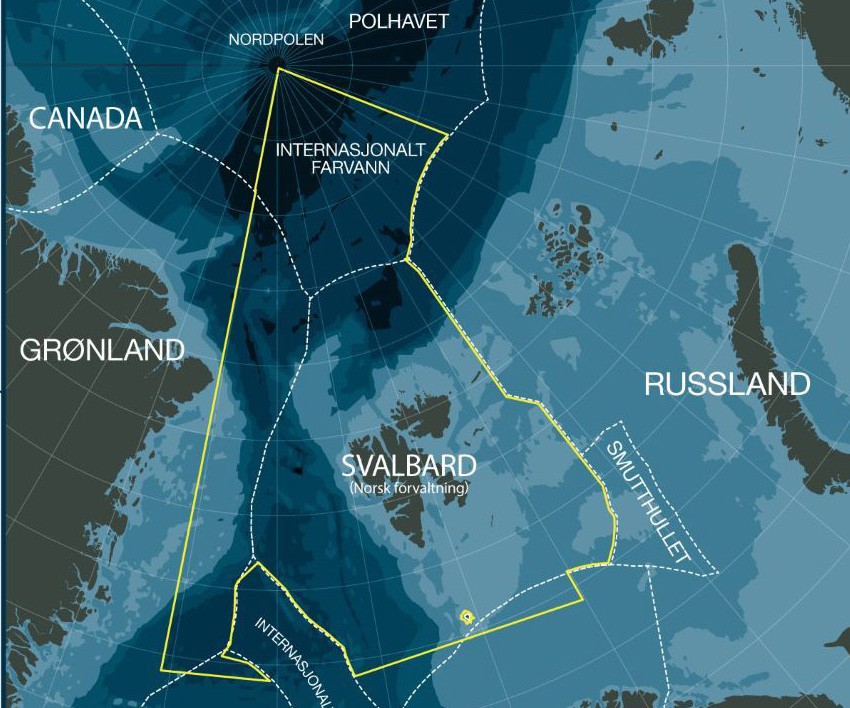 The zone covered by the agreement is shown in yellow. Illustration by Greenpeace.org

Leading seafood suppliers and fishing companies have struck a deal that will protect waters around Svalbard from expanding cod trawling.
By

Companies including McDonald’s, Tesco, Findus, Findus, Espersen, Youngs Seafood Limited, Morrison, Sainsburys, and Marcs and Spencer have together with Norwegian Fiskebåt, which represents the entire Norwegian oceangoing fishing fleet and the Russian company Karat Group, representing the Russian oceangoing fishing fleet, on Wednesday signed an agreement saying that their suppliers will refrain from expanding their cod fisheries further into the waters surrounding the Arctic archipelago of Svalbard, Greenpeace says in a press release.

“We acknowledge that climate change and the melting of the ice sheet in the above areas has caused concern related to fishing activities in the vast area around Svalbard,” the agreement reads. “We understand that the marine area around Svalbard have been identified in several scientific programs as important. We have agreed that from the 2016 season the catching sector will not expand their Cod fishing activities with trawl gear into those areas where regular fishing has not taken place before.”

The agreement comes after an investigation by Greenpeace in March revealed that suppliers of cod to large British seafood brands were taking advantage of melting Arctic ice to push further north with fleets of destructive giant bottom trawlers. Using satellite tracking data, Greenpeace found that an increasing number of Russian and Norwegian trawlers had ben fishing in the waters around Svalbard in the past three years.

In 2014, more than 11 percent of all cod landed in Norway came from the waters around Svalbard. In 2001, this share was only 2 percent. 189 trawlers have license to fish in the Svalbard zone, and area which contains vulnerable cold-water corals and several other endangered species such as sea snail other endangered bottom species such as sea snails and brittle stars.

The signatories say that the deal is a precautionary measure until the area and marine resources have been studied enough for a safe and regulated fishing to start.

“We call for the governments to assist these efforts and ensure all measures are based on best available science, to properly assess and map the area for example but not exclusively the Mareano program”, the agreement reads.