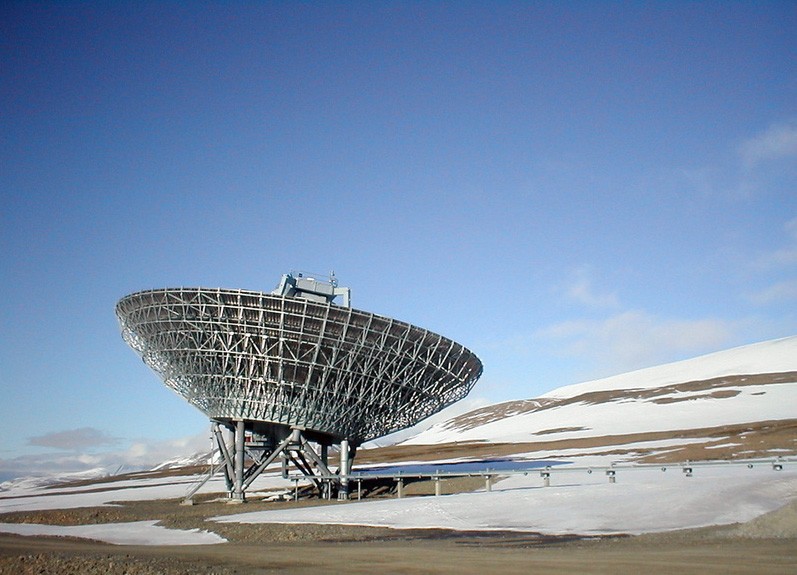 A new research center is to boost Russian activities in the area, government says. The satellite station on the photo is Norwegian. Photo: Thomas Nilsen

The new Russian research institute on the Arctic archipelago will house up to 100 people.
By

In a decree dated 4th April, Russian Prime Minister Dmitry Medvedev approves plans for the country’s expanded research engagement on the Norwegian Arctic archipelago. According to the document, a permanent research expedition department will be established as part of a new Russian research center, a government press release reads.

The expedition department will be permanently manned by 25 people. In parts of the year, the number of people will increase to 100. The staff will provide the center with information and methodological support, and prepare activity plans and research programs, the government commission informs.

The initiative is in line with the Svalbard Treaty and other international agreements, the document underlines.

The new research department was discussed in last week’s meeting in the Commission on Russian presence at Spitsbergen, a permanent Government body headed by First Deputy Premier Arkady Dvorkovich. On the agenda in the meeting was also issues of tourism development and the local Russian Arktikugol coal company, a press release informs.

The Russian government in September 2014 decided to establish a new research center in Svalbard. It will be located in Barentsburg, the Russian settlement in the area, and be financed by government funds.