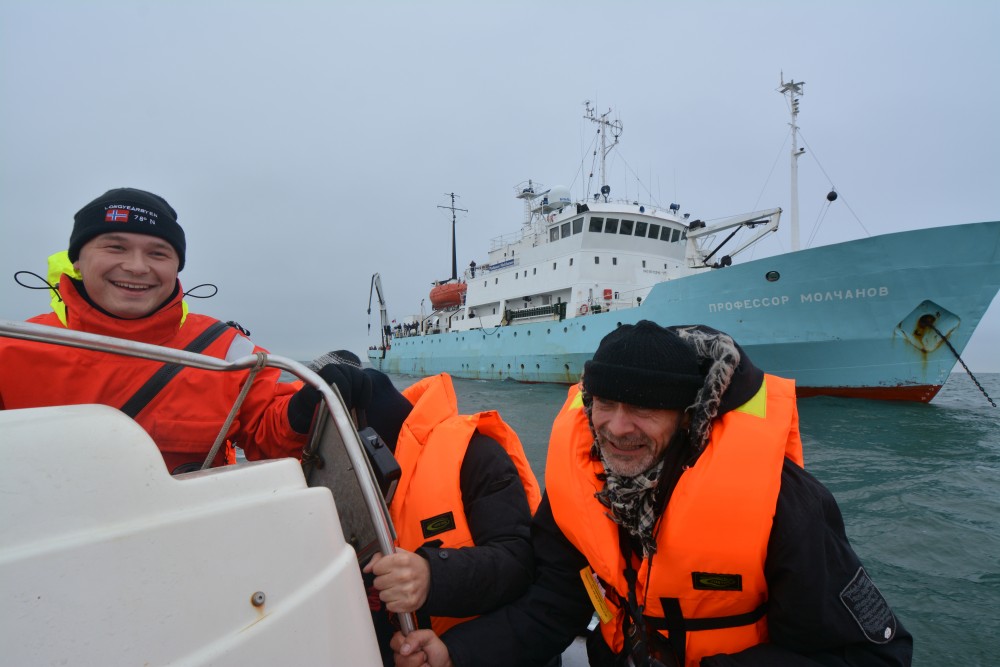 The future of scientific research in the Arctic got a big boost last week after representatives of all eight Arctic nations signalled their intention to sign a legally binding treaty on enhancing Arctic scientific cooperation following a meeting in Ottawa.
Read in Russian | Читать по-русски
By

“The new agreement, which will be the third legally-binding agreement under the auspices of the Arctic Council, will help facilitate cooperation on science in the Arctic, and remove obstacles to that cooperation,” the task force’s U.S co-chair Evan Bloom said in a statement following the three-day meeting at the headquarters of Global Affairs Canada in Ottawa.

The agreement, reached after three years of negotiations, is expected to be formally signed into a legally binding treaty by foreign ministers of Canada, Denmark, Finland, Iceland, Norway, Russia Sweden and the U.S. at the upcoming Arctic Council Ministerial Meeting in spring 2017 in Fairbanks, Alaska.

“A mood of cooperation dominated at the meeting and all the participants undertook their best efforts to achieve mutually acceptable results,” Vladimir Barbin, the task force’s Russian co-chair, said in a statement.

The SCTF was established at the Kiruna Ministerial meeting in May 2013 “to work towards an arrangement on improved scientific research cooperation” among Arctic nations.

It held its first meeting in December 2013 in Stockholm, Sweden, to discuss priorities for future international scientific cooperation in the Arctic and potential obstacles to such cooperation.

Throughout their nine meetings, task force participants examined various arrangements required to enhance cooperation in the area of Arctic science and then negotiating a legally-binding agreement.

“The uniqueness of the process of negotiating this document was that the permanent participants and the observers were given an opportunity to take part in preparing concrete provisions of this Pan-Arctic intergovernmental document,” Barbin said. “This shows once again that all Arctic countries are committed to enhancing international cooperation in the Arctic and welcome the contributions from the other interested parties.