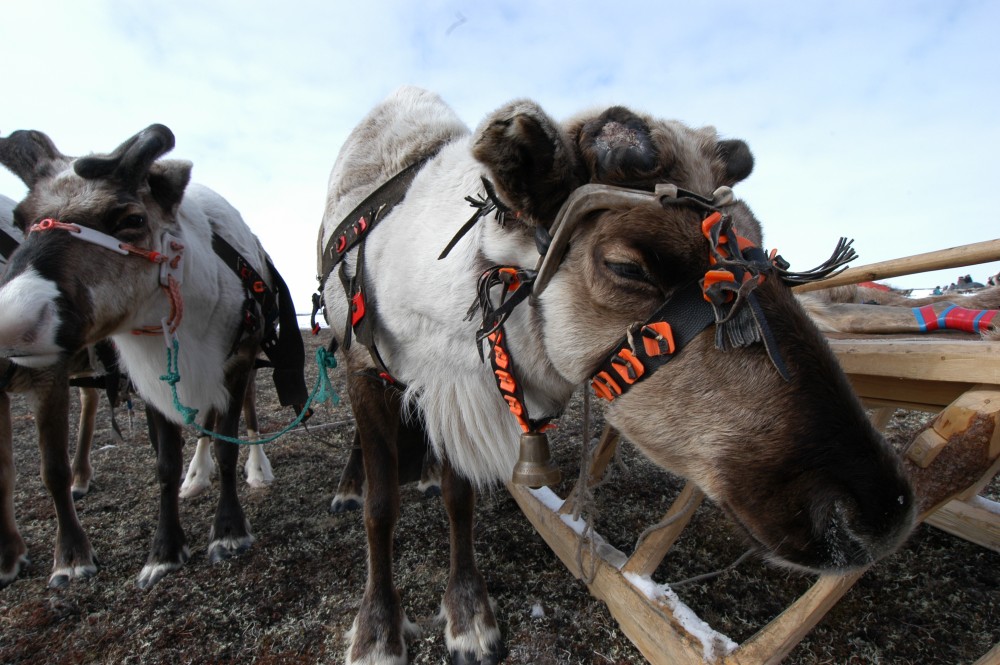 Reindeer on the Nenets tundra. Illustration photo by Thomas Nilsen

13 people are hospitalized and 1,200 reindeer are dead on the tundra in Yamalo-Nenets autonomous region in what could be the largest natural anthrax outbreak in modern Russia.
By

In an emergency response, the Governor of Yamalo-Nenets AO in Western Siberia has ordered an urgent action to inoculate nomads in an larger area around the risk zone. Mass evacuation of the reindeer herders, including children, has started from the exposed areas.

«We have taken all measures to isolate the outbreak. Now, the most important thing is safety and health of out fellow citizens - the reindeer herders and specialists working in the quarantine zone,» says Governor Dmitry Kobylin in a statement posted on the regional government’s portal.

The anthrax outbreak zone is in the Yamalsky District, the part of the Okrug that covers all of the Yamal Peninsula.

At the hospital in Salekhard, 13 people are isolated in the infectious department, the Governor’s office informs. Two of the four children are under intensive care.

Helicopters are flying in shuttle to evacuate the 12 nomad families out on the tundra. The TV-report by Vesti Yamal shows dead reindeer around. A mass vaccination is now happening. «Anthrax vaccine was given to 500 reindeer [on Tuesday] and another 2,500 will get vaccination today [Wednesday], the Governor’s office says.

Initially it was believed that the many dead reindeer found on the tundra were due to the current heat wave in the region with temperatures above 30 degrees Celsius. Now, it is confirmed that there is an anthrax outbreak on the Siberia tundra.

The reindeer corpses will be gathered and buried at a place where people and other reindeer will have to avoid for decades.

Anthrax among people is uncommon in Northern Europe and Siberia. Without treatment the risk of death from skin anthrax is 24%.

In 1979, it was believed that a secret Soviet biological warfare laboratory in Sverdlovsk [today’s Yekaterinburg] leaked anthrax aerosol through its ventilation system by accident. The following outbreak disease resulted in approximately 100 deaths, according to Wikipedia, although no official information was ever released.