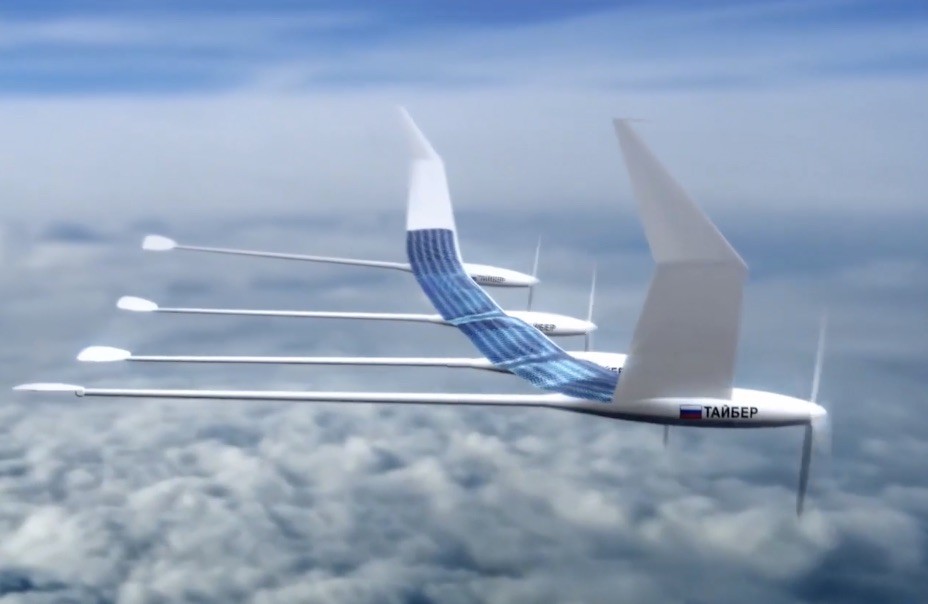 It has a wingspan of 28 meters and is made for operations in the far north.
By

A first prototype of the aerial vehicle Sova («Owl») successfully underwent testing this summer. It has a nine meter wingspan and a weight of nine meters. For 50 hours, the UAV was in the air at altitudes of up to 9,000 meters.

The Sova project is a joint initative between the Fund for Perspective Research, a government institute, and engineering company Tiber.

The partners have made a video about the testing available.

A second UAV of the type is up for testing later this summer. This prototype has a wingspan of 28 meters, Tiber informs on its website.

The «Sova» is made for operations north of the Arctic Circle, Fund representative Igor Denisov confirms. Of special interest are monitoring missions and telecommunication in the area.

«These are functions which normally are conducted by satellites, which are expensive and not always fulfill their mission», the Fund informs.

«A solar-powered UAV is able to conduct these kind of missions far more efficiently and at lower costs».