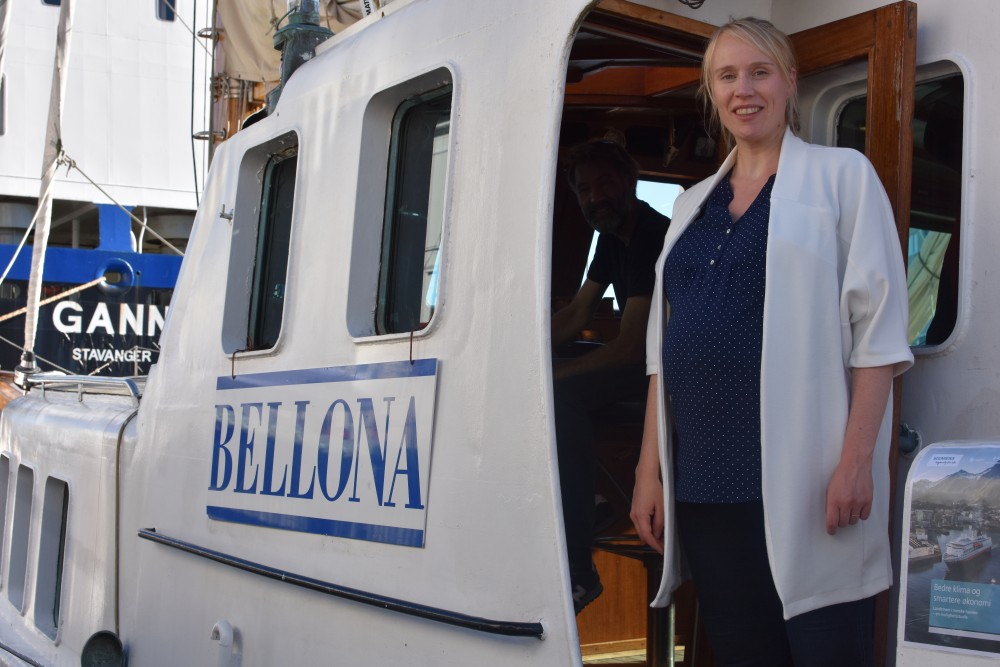 Runa Haugh Khoury is expert on Energy and Climate with the Bellona Foundation. Photo: Thomas Nilsen

Energy Advisor Runa Haugh Khoury says a new power cable to Svalbard can supply both Norwegian and Russian settlements on the archipelago.
Read in Russian | Читать по-русски
By

Norway’s only coal power plant supplies Longyearbyen with electricity and heat. Not exactly environmental friendly, and not directly image-building when Norwegian officials flies in climate change watchers from around world to take a closer look at the melting Arctic.

She says a combination of different energy sources can push the coal power plant over in history. If politicians act soon.

A local mine supplies the power plant with coal, but questions about the future of coal mining on Svalbard are up for debate. Prices dive and production costs rise.

The Norwegian Parliament will later this autumn discuss a White Paper from the Government on the future of Svalbard. New businesses, geo-politics, environment, energy and science are key issues.

“New activities, either it is tourism, fish-processing and other businesses require more electricity. We hope the Parliament will call for a thorough study on the different green solutions for Svalbard’s energy supply in the future,” Runa Haugh Khoury says to the Barents Observer.

In Arendal last week, she presented different options, of which a power cable from mainland Norway is the best, but likely the most expensive solution.

“A power-cable supplying both the Norwegian and Russian settlements on Svalbard could bring more conciliatory relations for the two countries’ interests.”

The Svalbard Treaty of 1920 recognizes Norwegian sovereignty, but Svalbard is also a free economic zone where other signatory countries are granted non-discriminatory rights to fishing, hunting and mineral resources. Russia is mining coal in Barentsburg, but is also looking for other economic activities as the mine runs empty.

Russia’s Barentsburg settlement has its own smaller coal power plant. The two power plants emit some 200,000 tons of CO2 annually, equivalent to emissions from 100.000 cars.

A power-cable from the mainland is expensive, but not impossible according to Bellona’s energy advisor.

“The islands in the English Channel are connected to the grid with power cables. Svalbard has already fiber optic cable from the mainland, linking the satellite stations outside Longyearbyen to the rest of the world’s computer networks,” Haugh Khoury argues.

A study by ABB supports the power cable solution.

Svalbard will be a green showcase

“A cable from the Norwegian mainland can make the power-supply to Svalbard 100 percent renewable and make the archipelago to an Arctic showcase. The power system will replace coal power, integrate wind power and eventually supply other future activities in the High North,” the ABB study reads.

Other positive effects of a power cable could, according to ABB, be electricity to battery-powered cars and smaller boats on the fjord outside Longyearbyen. The growing number of cruise vessels could then also get land-supply of electricity when at port, instead of having to run their polluting engines.

The distance from North Cape or Hammerfest on mainland Norway to Longyearbyen is 930 kilometres.

ABB says it takes three years to connect Svalbard to the power grid via a cable. Costs? From three to five billion kroner (€323 million to €539 million) depending on a one cable or double cable solution.

Old satellites can give broadband to the Arctic